Iran Thanks Iraq for Warm Hospitality towards Arba’een Pilgrims 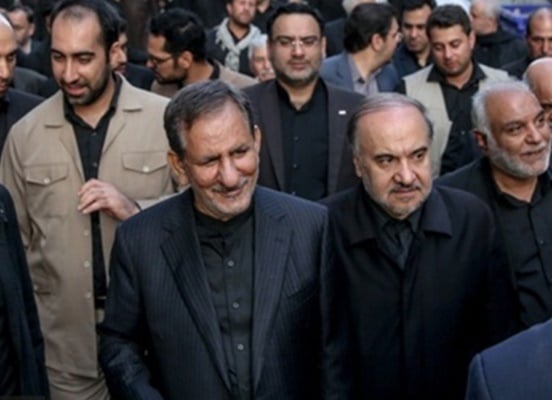 Iran's first vice president has thanked the Iraqi government and nation for their warm hospitality towards Iranian pilgrims during Arba'een procession in the holy cities of Karbala and Najaf.

“For his part, the Iraqi president thanked Arba’een pilgrims, particularly the Iranians,” he noted.

In a separate meeting with the Governor of Najaf Seyyed Javad al-Yasiri, the Iranian official also thanked the Iraqi top Shiite cleric for their guidance to hold Arba’een ceremony with more grandeur and dignity.

“Arba’een has always played a key role in strengthening of ties between the two nations,” he noted.

For his part, Najaf governor expressed delight that the enemies have failed in their plots to create division between the two nations and added despite the recent attack on Iranian consulate in Basra, the ties between Iran and Iraq are deepening.”

He also said Iranian pilgrims observed the laws of Iraq during the procession and added the Iraqi government thanks Iranian pilgrims for their cooperation with the officials in charge to hold Arba’een ceremony smoothly and without any serious problem.

Iran’s first vice president arrived in the holy city Najaf earlier Tuesday for a one-day visit to Iraq. He visited the holy city of Karbala after paying tribute to the shrine of first Shiite Imam in Najaf.

He took part in Arba’een march from Najaf to Karbala on foot. Jahamgiri is accompanied in the visit by Iran’s Sports and Youths Minister Maso’ud Soltanifar and Head of Atomic Energy Organization of Iran Ali Akbar Salehi.