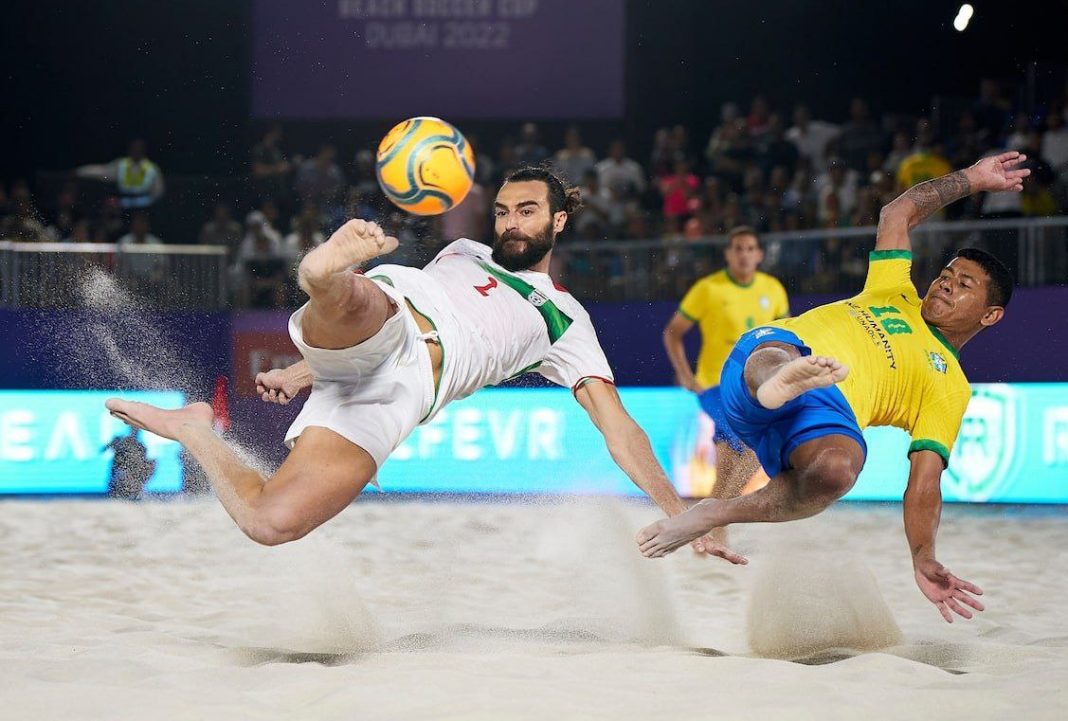 The final game of the 2022 UAE Intercontinental Beach Football between the Iranian and Brazilian teams began at 7:30 pm, Sunday, in Dubai Kite Beach and the game’s referee was Ingilab Mamadov from Azerbaijan, with assistant referee Ibraim Al-Raisi from UAE.

Iran had in its previous match, the semifinal beat the host UAE team 5-2 and while in the other semifinal game Brazil had beaten Paraguay 6-5 to become the other finalist. The interesting point in these intercontinental competitions was that both finalists had reached the final with no lost games.

Brazil had beaten UAE, Saudi Arabia, and Spain, while Iran had beaten Paraguay, the USA and Japan to reach the final.

Iran and Brazil had both won championship 3 times, next to Russia with 4 championships, the most prestigious team in intercontinental games, which it now shares with Iran.

The Iranian national beach football team that had passed through a tough road to reach the final in matches versus big and small teams, has high incentives for winning on the southern coasts of the Persian Gulf, and made that dream come true after a tough and very memorable game.

The game’s first goal was scored by the team’s goal keeper Hamid Behzadpur in a scissor-kick, which was one of the most beautiful goals scored in these competitions.

The 2nd goal was sored in a nice and very fast shot by Saeid Pramun.

Brazil, too, has in the 2nd 12 minutes of the game sored its single goal on a highly suspicious fault shot.