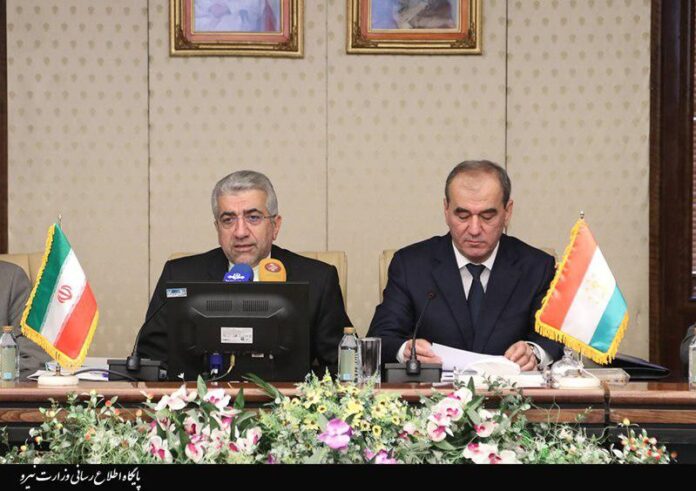 The Islamic Republic of Iran and the Republic of Tajikistan have held the 13th meeting of the two countries’ joint commission on economic cooperation in Tehran.

The meeting of Iran-Tajikistan joint commission of economic cooperation opened in Tehran on Monday morning with the presence of Iranian Energy Minister Reza Ardakanian and Tajikistan’s Minister of Energy and Water Resources, as well as a number of senior Tajik officials.

In comments at the opening of the meeting, Ardakanian highlighted the numerous cultural and historical commonalities between Iran and Tajikistan, adding, “These commonalities could give a special nature to the relations between the two countries in the region, and make the mutual cooperation outstanding and unique among the other countries.”

The minister also expressed confidence that determination of the two countries’ top officials and using the ample capacities available in the two countries would enhance the ties and elevate cooperation.

Calling for efforts to raise the volume of trade exchanges between Iran and Tajikistan, Ardakanian said there is a long way to achieve a target set by the administration, particularly after a constructive meeting between presidents of the two countries on the sidelines of the summit of the Conference on Interaction and Confidence Building Measures in Asia (CICA), held in Dushanbe back in June.

The Iranian Energy Minister also stressed the need for practical action on the financial statements of the Sangtuda-2 power plant project, the banking and educational cooperation, facilitation of Iranian investment and economic activities in Tajikistan, and completion of the Istiqlol tunnel in Tajikistan.

He also called on the Tajik administrative organizations to work in cooperation with Iran and show greater determination to carry out those projects.