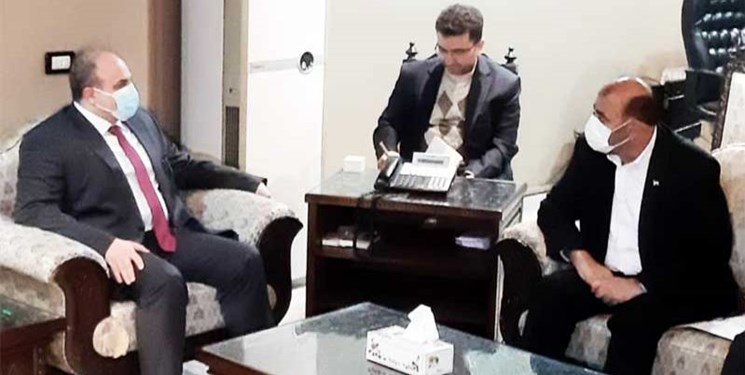 The Syrian economy minister says he recently exchanged views with Iran’s minister of roads and urban development on ways to operationalize the long-term strategic economic cooperation deal inked in 2019.

In an interview with the Alahednews Portal, Mohammad Samer al-Khalil said he had held talks with Rostam Qassemi in Damascus on solutions to remove the obstacles hindering bilateral cooperation.

He described Tehran-Damascus economic cooperation as “vital” for Syria, which is emerging from a decade-long campaign of terror and destruction.

Khalil said bilateral trade had been slowed down as a result of issues with transportation and financial transactions, which were discussed in detail in the meeting.

During the meeting, he added, the two sides discussed how to activate the major articles of the 2019 strategic economic cooperation deal.

“This is an important agreement with many different articles and it will promote economic and trade relations. Both sides have a serious determination and, God willing, this resolve will bear fruit via the committees that are supposed to follow up on the measures in the next stage,” he added.

Khalil explained that Iran and Syria had reached complete agreements on trade and economic cooperation, “but their provisions have yet to be activated, including customs tariffs, facilitating the entry of goods into the two countries and commodities that are exempt from the free trade agreement, as well as investment projects that Iranian companies can carry out in Syria.”

Qassemi traveled to Damascus earlier this week at the head of an economic delegation. He said Thursday that Iran and Syria agreed to set up a joint bank and special economic zones.