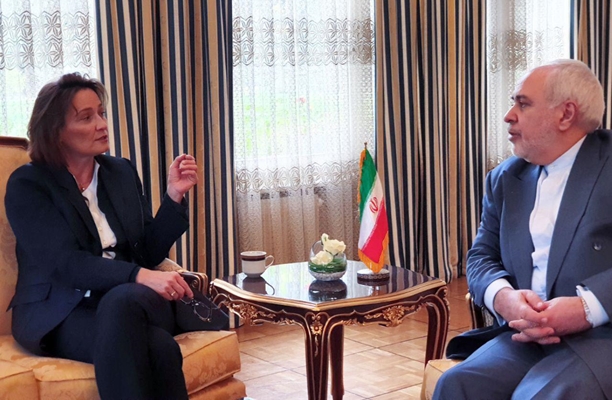 Iranian Foreign Minister Mohammad Javad Zarif has held talks with Pascale Baeriswyl, the State Secretary of the Federal Department of Foreign Affairs of the Swiss Confederation, in the Swiss city of Geneva.

In the Wednesday meeting, the two sides discussed the latest developments in bilateral ties, regional issues, and the JCPOA.

Foreign Minister Zarif arrived in the Swiss city of Geneva on Tuesday evening to take part in a meeting of foreign ministers of member states of the Astana Process.

The top Iranian diplomat attended a trilateral meeting with his Russian and Turkish counterparts and held a meeting with the United Nations Secretary-General’s Special Envoy for Syria Geir O. Pedersen on Tuesday night.

The meeting of foreign ministers of the three member states of the Astana Process coincided with the inaugural meeting of the Syrian Constitutional Committee.

The formation of the Syrian Constitutional Committee is the outcome of constant efforts by the Islamic Republic of Iran and the other partners within the framework of the Astana Process.