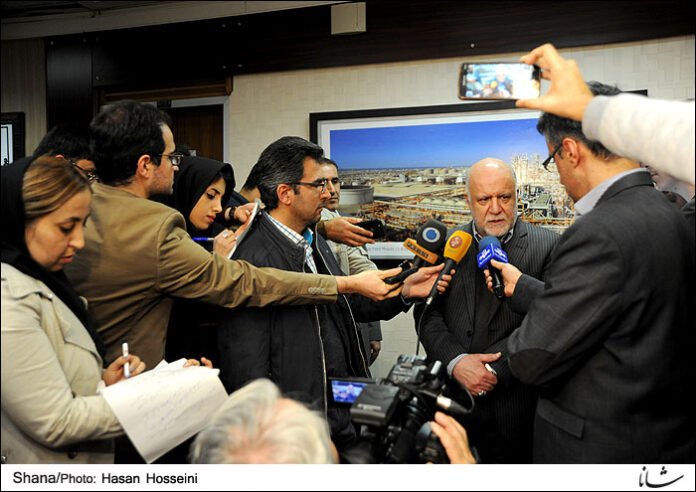 Iranian Minister of Petroleum Bijan Zangeneh says he believes most members of the Organization of the Petroleum Exporting Countries (OPEC) would endorse extension of the organization’s output cut initiative in the upcoming OPEC meeting, adding Iran would also support the cut extension if other members unanimously back it.

Speaking on Sunday, the official said, “OPEC and non-OPEC crude oil producers have displayed a historic spirit de corps in implementation of the organization’s output cut plan which has proved a success and producers have shown more cooperative month over month.”

“The market has also reacted in a way that the OPEC-non-OPEC decision has been earnest and practically successful because the prices, after a 20-day slump, returned to the $55/d domain indicating that the OPEC has lived up to its output cut plan.”

For its part, Iran has also honored the initiative and, provided that all other members follow suit, would stick to the plan as well, added the top Iranian energy official who was speaking ahead of historic inauguration of major gas and petrochemical projects in the southern region of Assalouyeh.

In December 2016, the Organization of the Petroleum Exporting Countries (OPEC) reached a landmark agreement with Russia and other non-members to proceed with the plan and slash oil production by nearly 1.8 million barrels a day for six months starting January 2017.

The agreement exempted key member Iran from the plan, allowing it to increase its production by 90,000 bpd to reach pre-sanction levels of around 4 million bpd.

Nigeria and Libya were also exempted from the planned output cut due to internal conflicts which have already decreased their crude production.