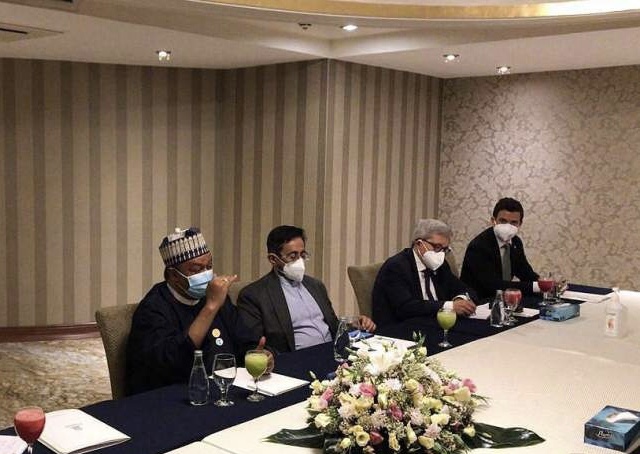 Iran’s oil minister says the US withdrawal from the 2015 nuclear deal in May 2018 deprived his country from exports of around two billion barrel of oil, worth some 120 billion dollars.

Bijan Zangeneh made the comments during a meeting with Secretary General of the Organization of the Petroleum Exporting Countries Mohammad Sanoosi Barkindo in Tehran.

The oil minister also said Iran is technically prepared for a return to the global crude markets at the highest level, after a political settlement on the nuclear deal and removal of anti-Iran sanctions.

Zangeneh also called OPEC the only economic organization of the third world countries, which has been influential in global economic interactions.

“The key import of OPEC in which it has been successful has been cooperation despite rivalry and political disagreements, just as we saw this cooperation in the latest [OPEC] meeting and the disagreement between Saudi Arabia and the UAE,” he said.

The OPEC secretary general, in turn, praised Zangeneh’s four-decade record as a director in the oil sector of Iran and his favorable performance despite the difficulties the country has faced.

“We hope Iran continues to play its key and important role in OPEC and the oil market. Improving and developing ties with neighbors will also be very promising,” Barkindo added.