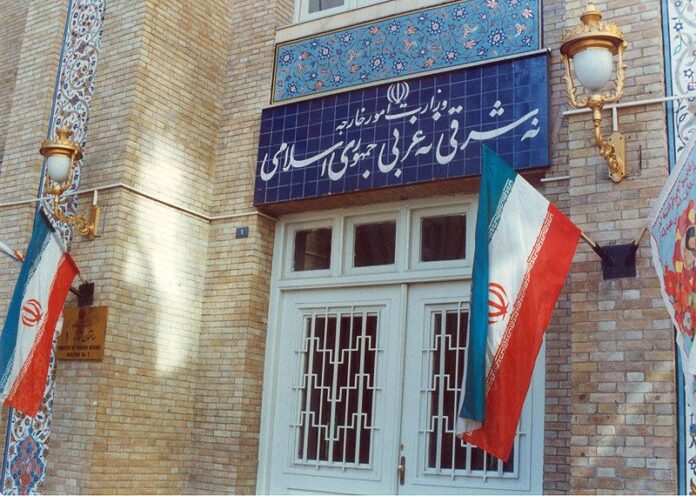 The ambassadors of the Netherlands and Denmark as well as the British chargé d’affaires have been summoned to the Iranian Foreign Ministry to receive Tehran’s protest over their countries’ support for terrorist elements.

That was announced by Iranian Foreign Ministry Spokesman Bahram Qassemi in a Saturday statement.

In their separate meetings with the director general for European affairs at the Foreign Ministry, Iran’s strong protest was conveyed to the top Dutch and Danish diplomats over the residence (in the Netherlands and Denmark) of some of the members of the mercenary terrorist group that were behind the Saturday crime in Ahvaz, said Qassemi.

“It was stressed to the Dutch and Danish ambassadors that the Islamic Republic of Iran had already sounded the alarm over these individuals staying in the said countries and had called for them to be apprehended and tried.,” the spokesman added.

He said it is not acceptable to keep members of this terrorist group off the European Union’s list of terrorists just because they have not committed crimes in Europe.

“The director general for European affairs at the Foreign Ministry told the Dutch and Danish ambassadors that the said governments are expected to categorically condemn this act of terror and extradite to Iran all the criminal perpetrators behind the crime and all those linked to them in order for them to appear in court and receive a fair trial,” said Qassemi.

“The director general for European affairs at the Foreign Ministry highlighted how is it that if the ISIS commits a [terrorist] act in Europe, it is pursued with sensitivity? These terrorists have behaviour exactly similar to that of ISIS and there should not be any difference between the citizens of a country with those of another country,” the spokesman noted.

The Dutch and Danish ambassadors, in turn, expressed regret and sorrow over the incident and said they will immediately convey to their respective capitals the issues raised. They also said their governments stand ready for any cooperation and exchange of intelligence to run a background check on the perpetrators.

Qassemi also touched upon the British official being summoned to the ministry.

“The interim British chargé d’affaires in Tehran was summoned in the absence of this country’s ambassador, and it was stressed to him that in the eyes of the Islamic Republic of Iran, it is not acceptable, whatsoever, for the spokesperson of the al-Ahwazi terrorist group to be allowed to claim responsibility for this terrorist act via a London-based TV network,” Qassemi said.

The British diplomat, in turn, expressed sorrow over the incident and condemned it. According to the diplomat, the UK ambassador to Tehran, who is in London, condemned the attack in a message as soon as he learned about the incident. He said officials at the British Foreign Office also reacted to the terrorist attack. He said such attacks are important and should be dealt with wherever they occur because terrorism is not limited to boundaries. He said he will immediately convey Iran’s protest to London.