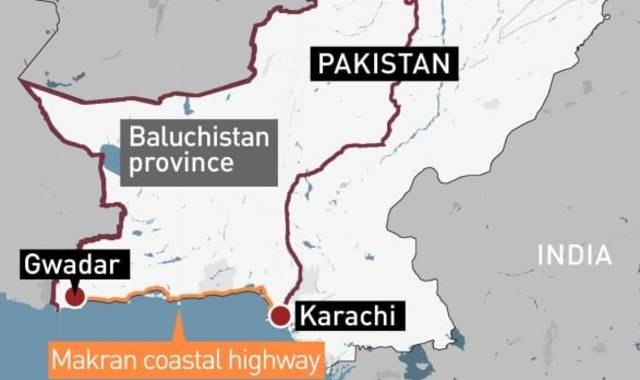 Iranian Foreign Ministry Spokesman Seyyed Abbas Mousavi has strongly denounced the recent terrorist operation in Pakistan's Ormara-Gwadar road, which resulted in the deaths of 14 members of the Pakistani armed forces.

In a Friday statement, Mousavi also offered sympathy to the Pakistani government, nation, and army.

“Terrorism is an ominous phenomenon which will not be eradicated unless through all-out cooperation among the countries that have fallen victim to it,” Mousavi said.

He also expressed Tehran’s preparedness for any cooperation with the brotherly and neighbouring country of Pakistan in all intelligence, security, and operational aspects of fight against terrorism.

The top Iranian diplomat reaffirmed the Islamic Republic’s support for the Pakistani government and nation.

Strongly condemning the recent terrorist attack in Pakistan, just as PM @ImranKhanPTI embarks on his first, historic visit to Iran.

Terrorists, extremists & their sponsors are terrified by close relations between Muslim states.

Iran stands with the people & govt. of Pakistan.

Witnesses and authorities reported the bus was stopped in a remote area on the coastal highway linking the Pakistani port cities of Karachi and Gwadar.

A group of about two dozen assailants disguised as paramilitary forces went through identification cards of all the passengers before forcing 16 of them out and spraying them with bullets.

Two of the hostages managed to escape in the process and reached the nearest security check post to report the incident, a local security official, Jehangir Dashti, told VOA.

A Pakistan Navy spokesman later confirmed its personnel were among the slain men but gave no further details.

An official statement quoted him as directing authorities “to make every possible effort to identify and bring the perpetrators of the barbaric act to justice.”