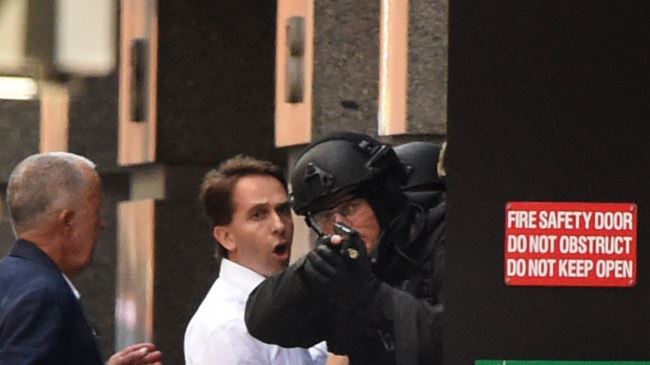 Resorting to inhumane methods and creating terror and panic in the name of the divine religion of Islam is not justifiable under any circumstances, said the Foreign Ministry spokeswoman.

Iran has vehemently condemned hostage taking at a café in Australia’s most populous city Sydney.

“Resorting to inhumane methods and creating terror and panic in the name of the divine religion of Islam is not justifiable under any circumstances,” Foreign Ministry Spokeswoman Marzieh Afkham said on Monday.

She noted that the Australian police have been totally abreast of psychological conditions of the hostage taker, who had immigrated to Australia about two decades ago.

The hostage taker has been identified by local media as an Iranian, who had moved to Australia 18 years ago.

Some blame the incident on those who support terrorism, including the United States, Israel, and certain regimes in the Middle East region that support such Takfiri groups as al-Nusra Front and ISIL.

On December 1, in a message posted on his Tweeter account, the hostage taker had described Iran and the supporters of the Syrian President Bashar al-Assad as terrorists.

Australian security forces raided the Lindt Café in Sydney’s central business district on Monday, ending the siege that lasted for more than 16 hours.

According to police sources, the gunman and two hostages were killed during the operation.

In recent months, Australia has been on high alert after the Canberra government raised concerns over the return of the citizens who have joined the Takfiri terrorists operating in Syria and Iraq.

Earlier this month, Canberra said at least 20 Australian nationals fighting for terrorist groups, including ISIL, had been killed in the two neighboring Arab states. Over 90 Australians have joined ISIL Takfiri militants there.