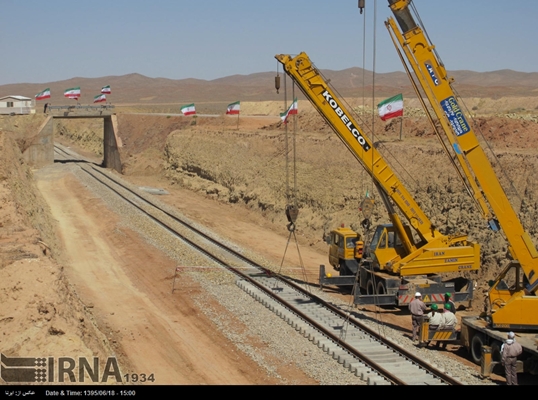 Iranian Foreign Ministry Spokesman Seyyed Abbas Mousavi has strongly denounced a terrorist mine explosion at Khaf-Herat railway, which resulted in the martyrdom and injury of several Iranian and Afghan nationals working on the project.

In a Monday statement, Mousavi expressed sympathy with the families of Iranian and Afghan nationals martyred or wounded in the incident.

A probe was launched into the aspects of the incident, and efforts to help the recovery of the wounded were started immediately after the blast, Mousavi added.

The mine blast in Ghurian in Herat province killed an Iranian national and an Afghan soldier.

A spokesman for the governor of Herat said the Iranian national worked on the railway project, and was attacked when he was heading to Ghurian in a car belonging to Afghan security forces.

The 139-kilometre-long Khaf-Herat Railway is part of Iran-Afghanistan rail corridor. The project, started in the fiscal year of 2007-2008, connects Iran’s eastern city of Khaf to Afghanistan’s western city of Ghurian.

More than 2.96 trillion rials have gone into its construction so far.

The railway is of great economic and transportation importance and once completed and exploited, Afghanistan could connect through Iran’s railway to southern borders of Iran and Turkey railway network.