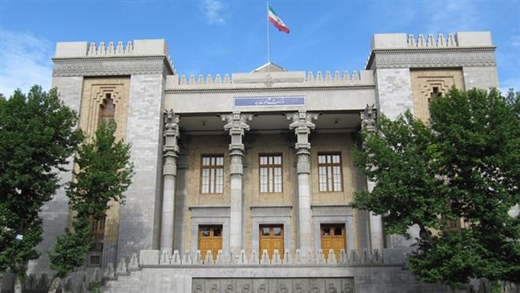 The attack was against international regulations supporting the immunity of diplomatic missions in other countries, Afkham said.

Iran has strongly condemned the recent Saudi-led coalition’s targeting of the residence of the Omani ambassador to Sana’a.

Foreign Ministry Spokeswoman Marzieh Afkham said Saturday, “The attack was against international regulations on the immunity of diplomatic missions in other countries.”

She called on international organizations, the United Nations in particular, to fulfill their duty and immediately bring an end to the war and aggression of Saudi-led coalition on forbidden targets, including the residential areas and diplomatic sites.

Afkham praised the constructive role that Oman played in the Yemeni crisis, and said the unacceptable act by the coalition forces proved that “they do not even tolerate humanitarian acts of a country like Oman that makes efforts in cooperation with the International Red Cross Committee and the United Nations to ease the sufferings of Yemeni people.”

The Omani Foreign Ministry has condemned the attack on the residence of the country’s ambassador to Yemen, and described it as a blatant violation of international law.

The coalition airstrikes hit the residence in Sana’a on Friday and seriously damaged the Omani ambassador’s home and nearby houses in al-Sabin district.