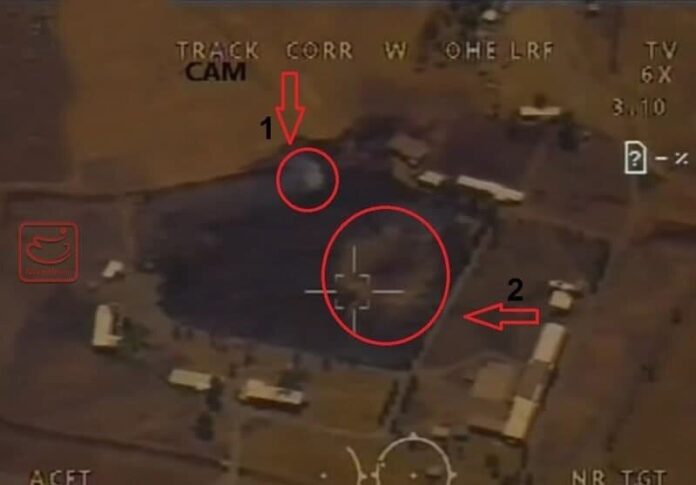 The Iranian military has successfully struck the headquarters and meeting venue of the ringleaders of a criminal gang as well as the training centre of its affiliated terrorists with seven short-range ground to ground missiles in Iraq’s Kurdistan region.

The attack was successfully conducted on September 8, 2021 by the Missile Unit of the Aerospace Division of Iran’s Islamic Revolution Guards Corps (IRGC) in cooperation with the Drone Unit of the Ground Force of the Iranian Army.

Following the strike, the IRGC released an announcement confirming the attack.

“They had dispatched numerous terrorist groups in a bid to create insecurity, commit acts of sabotage and disrupt the security and tranquility of the brave people of the provinces of West Azarbaijan, [Iran’s] Kurdistan and Kermanshah,” it added.

“They had received deadly blows in Marivan and Kamyaran border areas during operations over the past weeks thanks to the vigilance and preparedness of the IRGC’s Ground Force troops, and accordingly, the IRGC put on its agenda a mission to [further] punish and deal with the aggressors,” the announcement read.

It said the ringleaders’ meeting venue and the terrorists’ training centre were successfully attacked after they failed to heed serious warnings from officials in Iraq’s Kurdistan region, who had told the terrorists that Tehran was determined to tackle their anti-Iran terrorist acts.

“Based on reliable and documented reports on the operation, this centre of conspiracy against Iran’s national security was destroyed, and dozens of senior leaders and key operatives of the terrorist group were killed,” according to the announcement.

The IRGC warned that it will give more crushing responses to any evil acts and terrorist moves.