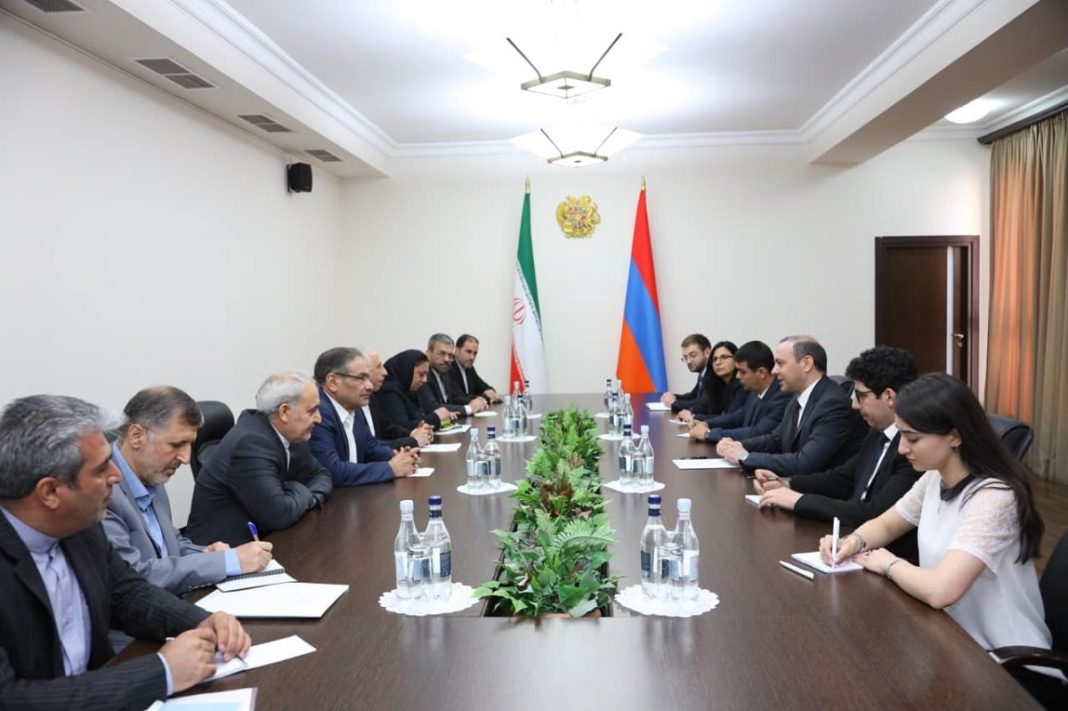 Secretary of Iran’s Supreme National Security Council (SNSC) Rear Admiral Ali Shamkhani, who is on a one-day visit to Armenia, says regional states have to implement their capacities to restore lasting peace to the Caucasian region.

In a meeting with Secretary of the Security Council of Armenia Armen Grigoryan on Thursday, Shamkhani highlighted the deep and long-standing historical and cultural relations between Iran and Armenia, saying the current conditions have provided the grounds for further strengthening and expansion of bilateral ties.

Shamkhani arrived in Armenia on Thursday morning as part of his Caucasian tour. Bolstering relations in various fields and cooperation to boost regional stability and security are top on the agenda for his trip.

Upon his arrival in the Armenian capital Yerevan, Shamkhani stressed that Iran is against any action that would lead to a geopolitical change in the region.

Grigoryan for this part praised Iran for its “active role in creating peace and stability in the region which is necessary in strengthening the stable security.”

The two sides also stressed expansion of ties in various fields, including in electricity supply to Armenia and facilitating a deal for the gas swap from Turkmenistan to Armenia.

Shamkhani is scheduled to hold talks with Armenian Prime Minister Nikol Pashinyan later in the day.