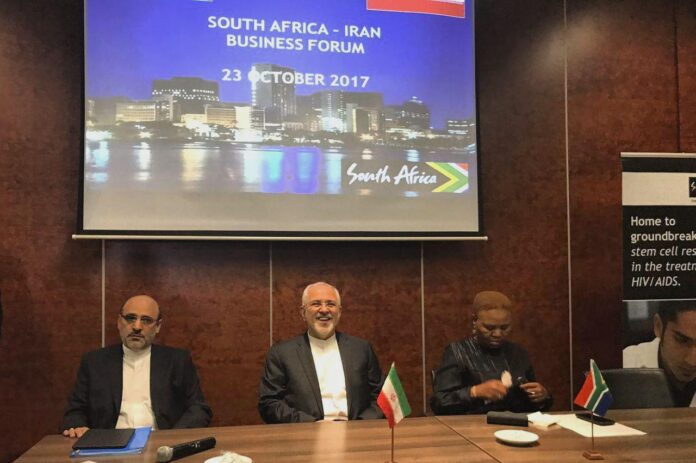 Zarif on Sunday arrived in the administrative capital city of South Africa at the head of a high-ranking political-economic delegation.

The visit is made at the invitation of his South African counterpart Maite Nkoana-Mashabane.

South Africa is the first leg of Zarif’s tour of African nations. Zarif’s next stop will take him to Uganda, where he will address expanding of bilateral political and economic relations. The Uganda stay is also scheduled to witness inauguration of a 50-bed hospital financed by the Islamic Republic.