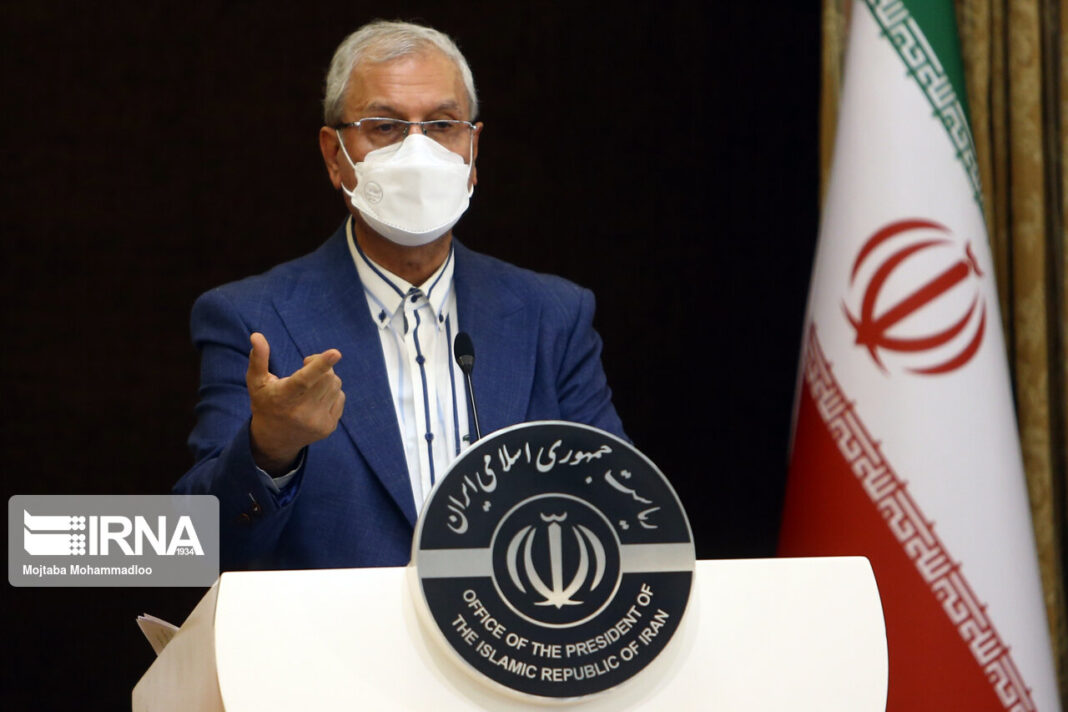 Iran's Government Spokesman says the United States of America, for reasons that are unclear and unacceptable, has linked the release of prisoners to the nuclear negotiations, which Tehran considers unnecessary and baseless.

Ali Rabiei said the Islamic Republic calls on the US government to put aside this unconstructive approach and pay more attention to the human rights of prisoners and their loved ones rather than political issues.

“The US government is responsible for any delay in the release of prisoners on either side,” added Rabiei during a weekly presser.

Earlier, Iran’s senior nuclear negotiator Abbas Araqchi said in a tweet that the US and the UK need to stop linking a humanitarian exchange of prisoners with the JCPOA.

“Keeping such an exchange hostage to political aims achieves neither. Ten prisoners on all sides may be released tomorrow if the US and the UK fulfill their part of deal,” reads his tweet.

On Sunday, Robert Malley, the US Special Envoy for Iran affairs tweeted that “these comments are an outrageous effort to deflect blame for the current impasse on a potential mutual return to compliance with the JCPOA. We stand ready to return to Vienna to complete work on a mutual return to the JCPOA once Iran made the necessary decisions.”

In his press briefing, Rabiei also noted that the main part of the negotiations has been carried out by the 12th administration and the initial agreements have been reached on lifting most of the sanctions.

“However, the committee formed in the Supreme National Security Council, which is responsible for verifying the text of the agreement with the law of Parliament approved in December 2020, has found this agreement incompatible with it,” underscored the Iranian spokesman.

Rabiei further added that with the final decision of the supreme decision-making bodies to continue the talks until all the demands set forth in this law are met, the negotiations have been postponed till the complete transfer of power in Iran, and the new negotiating team will be responsible for it.

The positions of the Islamic Republic of Iran regarding the JCPOA have always been prepared and followed according to the instructions of the upstream institutions, stressed Rabiei.