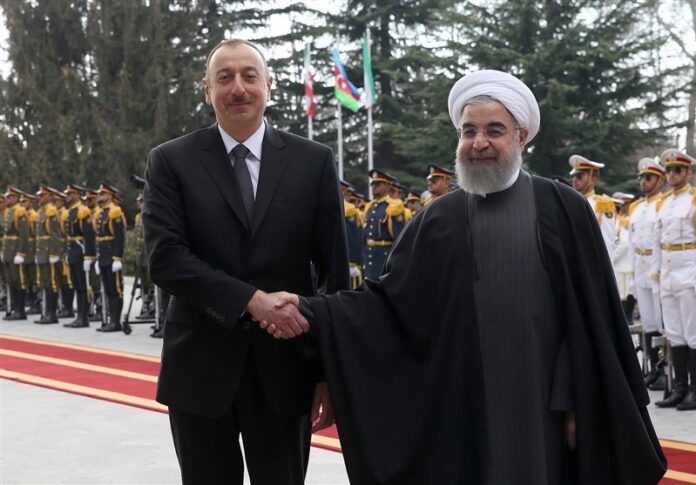 In a high-profile meeting in Tehran on Sunday, Iran and the Republic of Azerbaijan signed two memorandums of understanding (MoUs) for closer ties between the two neighboring countries.

The documents were signed at the conclusion of a joint meeting of Iran-Azerbaijan high-ranking delegations, attended by Iranian President Hassan Rouhani and his Azeri counterpart Ilham Aliyev, who arrived in Tehran earlier in the day for an official visit.

Cabinet ministers and senior officials from the two neighbors were present in the meeting.

One of the MoUs was signed between an Iranian financial data and anti-money laundering center, affiliated with Iran’s Ministry of Economic Affairs and Finance, and Azerbaijan’s Financial Markets Supervision Chamber on cooperation to counter money laundering, criminal assets and terrorism financing.

The Islamic Republic of Iran Railways and Azerbaijan Railways inked the other MoU on expansion of railroad links.

Aliyev last visited Iran in February 2016, when the two sides signed eleven memorandums of understanding and agreements to promote mutual cooperation in a range of fields.