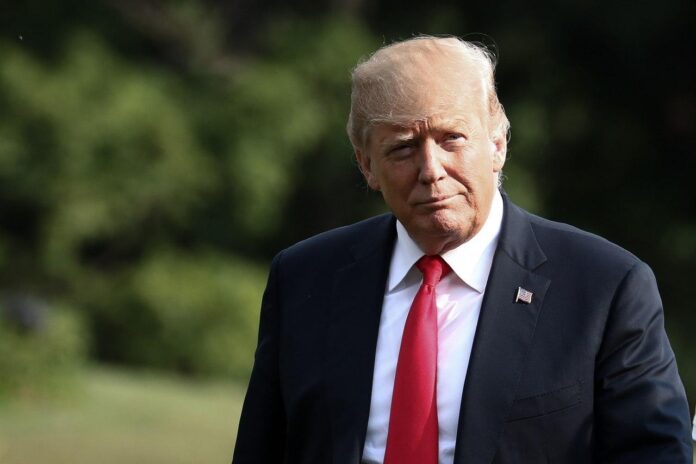 A senior political analyst says Iran should not pin its hopes on Donald Trump’s defeat in the upcoming US presidential election as he is very likely to be elected to the White House for a second term.

Eshan Ansari said in an interview with the Arman-e Melli newspaper that the Iranian Parliament is also likely to move towards pulling out of the JCPOA.

On the international stage, the eleventh parliament will move along the Leader’s line and continue the policies that the Islamic Republic of Iran has pursued on the international arena so far. This comes as Donald Trump is likely to win the upcoming US presidential election. So, one cannot expect significant changes in Iran-US relations on the international stage. It seems threats will continue and US sanctions will be intensified as well. Some believe Trump is very unlikely to serve another term after these four years in office due to the developments unfolding in the United States. However, I have the opposite idea and believe he will most probably be elected President for another term.

If a rightist administration takes office after the Rouhani administration and if Trump becomes President, what prospect will lie ahead of Tehran-Washington relations? Will confrontations reach their peak?

With the 11th Parliament having started its work and given the possibility of an ultra-rightist administration coming to power, there is a possibility of radicalism gaining strength in Iran. The formation of the 11th Parliament has set the stage for such a thing to happen. In recent years, Iran has wisely adopted a precautionary approach vis-à-vis the US and avoided direct contact. Given these circumstances, events may play out is such a manner that Trump, who used to take precautions in dealing with Iran, would set aside his precautionary approach during his second term in office and begin new moves that will finally result in clashes between the two sides. Still, such a conflict will not be large-scale one and will be limited. The reality is that making decisions on Iran’s foreign policy falls outside the purview of Parliament’s authority; rather, other structures of the Establishment will decide on that. Of course, Parliament plays a role in this regard, but not to the extent where it would be able to change policies. Consequently, a change of legislators cannot be regarded as a sign of shift in the Islamic Republic of Iran’s foreign policy. Still, the 11th Parliament will make stricter decisions on Iran’s foreign policy and, accordingly, political decision-makers will adopt tougher decisions in line with the 11th Parliament’s approach.

In possible standoffs between Iran and the US in the future, is the 11th parliament likely to move toward actions such as pulling out of the JCPOA or increasing military spending at regional and international levels?

Ye, it is likely. In recent years, Iran’s economy has been harmed seriously. So, chances are slim that a huge budget will be spent on military confrontations. Nevertheless, there is a possibility that the 11th parliament will move toward pulling out of the JCPOA. The US is more trying to impose economic sanctions and paralyse Iran’s economy than seeking a military confrontation. In my estimation, there is high likelihood that minor events between Iran and the United States will, all of a sudden, turn into a major and serious event. Therefore, the current status of Iran’s foreign policy will remain the same in the future, and the formation of the 11th parliament is not expected to make sea-changes in Iran’s foreign policy. The circumstances are such that the 11th parliament may move toward pulling out of the JCPOA. Still, such is thing is unlikely to happen given the horrendous repercussions that such a decision would have. Under such circumstances, not only will international sanctions against Iran increase, but Iran’s dossier will be referred to the UN Security Council as well and, as a result, all doors will be shut to Iran. I am of the opinion that Parliament will be more of a slogan-type than going radical. So, one cannot bank on Parliament moving towards bringing about major changes to Iran’s foreign policy. If the 11th parliament is seeking to be revolutionary and to fight colonialism, it should take into account the situation of the country, the region and the whole world as well. Furthermore, being revolutionary does not realize simply by chanting slogans. With a glance at lawmakers at the 11th parliament, one cannot hope the legislature will move towards radicalism and unbridled extremism. It seems the 11th parliament will not be that influential.

With regards to the issue of a prisoner swap between Iran and the United States, Trump thrillingly used the statement “Thank you, Iran!” On the other hand, he said Iran should not be waiting for the next US president because “I will be elected President again.” What does this Iran stance of Trump mean?

At this juncture, due to the domestic crisis which has emerged in the United States and put the Trump administration under pressure, Trump seeking a way to help him weather the crisis and emerge victorious in the forthcoming election. Trump has come to realize that his approval ratings have dropped due to different reasons, especially following the incidents surrounding the US police killing of George Floyd. So, he looks at Iran and an agreement with Iran as a way out of the current problems. This comes as we are not seeing any shifts in Iran’s approach on the international stage. We have always missed chances rather than taking them. I believe if there is a will to make changes, the current situation is the right one. Of course, one should not forget that releasing the American prisoner was a positive response to the United States. So, it seems there will not be any initiative on the table to take the opportunity which has been created, and we should not expect it to be so, either. That Trump has thanked Iran shows effective measures can apparently be adopted to bring about to improve relations. Of course, the US should realize that it should respect Iran more. Iran has subjected its response to some actions to Washington’s return to the JCPOA. The United States claims it cannot return to the nuclear deal again and that it cannot even lift Iran sanctions. Indubitably, the US is making irrational demands from Iran, and, accordingly, Tehran cannot take effective measures as the US desires.

If a Democrat like Biden becomes US President, will you still rule out the possibility of Washington returning to the JCPOA?

Biden has said if he becomes US President, he will bring the country back to the JCPOA. Still, he will not emerge victorious in the upcoming election and little chance of winning over his rival, Trump. Trump is likely, by 90%, to emerge the victor in the forthcoming vote. Democrats may pin their hopes on winning the vote only if unexpected events that are detrimental to Trump happen in the months before the election. Otherwise, Trump will be elected US president again. As he has once withdrawn from the JCPOA, Trump cannot easily rescind his decision and return to the nuclear deal. Under such circumstances, many questions will be formed in the minds of American people about this subject and Trump will have to answer them.

Don’t you think the recent protests in the US held in support of black people were one of the factors that put Trump in trouble? This is while the elite and intellectuals in the US will not back Trump, either. Under such circumstances, which social powerbase can Trump rely on to get a high chance of coming to power?

We should look for Trump’s social powerbase among the US masses that have not change and will keep supporting him in the upcoming ballot. The US elite and intellectuals’ powerbase accounts for around 20% of the whole. This is while African Americans make up 10% of the total powerbase. So, given the events which have taken place in the US society, one cannot expect equations in the upcoming presidential election to change. Except for rare cases, the US history shows that most president have been in power for two consecutive terms. Trump will not emerge victorious in the upcoming US election only if new and instrumental events occur in the US society that would push Trump out of the scene.

Are some in Iran optimistic that Trump will be defeated in the election? Does such optimism exist in decision-making structures?

Yes; some are optimistic that Trump will have to concede defeat, and Trump knows it very well. Therefore, he has mentioned that point in his recent remarks. Still, some consider this as an opportunity. Historical experience also shows that we do not take most of the chances. Two things are important in foreign policy: secrecy and speed. Anyway, people did not have a suitable economic situation before the coronavirus pandemic, and it seems that it will get worse after the virus outbreak is over. As a result, the number of poor people will rise, and this is something which decision-makers need to take into consideration.