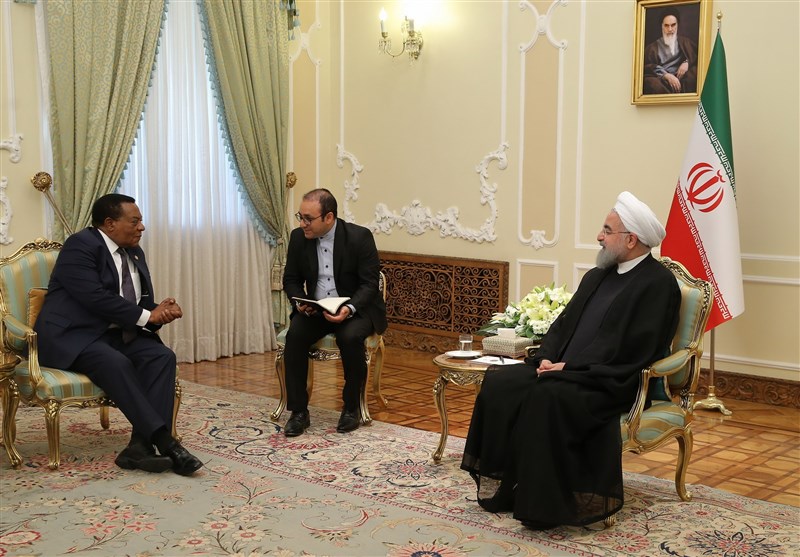 Iranian President Hassan Rouhani said the Islamic Republic is ready to share experiences it has gained in the fight against terrorist groups with friendly countries, including Tanzania.

Speaking at a meeting with Tanzanian Foreign Minister Augustine Mahiga in Tehran on Wednesday, President Rouhani said Iran is willing to promote bilateral relations and cooperation with Tanzania in all areas.

He further described terrorism as “a major predicament” for the world and said terrorists have been active in all regions under various names but followed the same objectives.

President Rouhani stressed the need for all countries to fight against terrorism unitedly to tackle the phenomenon.

He also said Iran is ready to share its experiences in counterterrorism with all friendly nations, including Tanzania.

Mahiga, for his part, underlined that his country is resolved to promote relations with the Islamic Republic in all areas.

Heading a high-ranking delegation, the Tanzanian foreign minister arrived in Tehran on Wednesday to hold talks with Iranian officials on issues of mutual interest.

President Rouhani, who won a second term back in May, has repeatedly stressed his government’s interest in boosting relations with the African states.