Iran seals over $2b in trade deals with European companies: Official 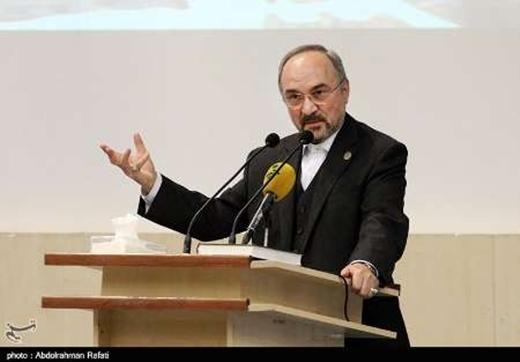 Iran has seen the return of European investors and some of them have been granted foreign investment licenses and guarantees, said Khazaei.

Head of the Organization for Investment, Economic and Technical Assistance of Iran (OIETAI), Mohammad Khazaei, says European companies have secured more than $2 billion worth of projects in Iran in the past couple of weeks.

Iran has already completed negotiations with some European companies which seek to invest in the country, he added.

“We are recently witnessing the return of European investors to the country. Some of these negotiations have concluded, and we have approved and granted them the foreign investment licenses and guarantees,” Khazaei told the Iran-EU conference on trade and investment, which was held in the Austrian capital Vienna from July 23 to 24.

According to Tehran Times, Iran’s total FDI stood at $2.105 billion in 2014, according to a recent report by the United Nations Conference on Trade and Development (UNCTAD).

Abolfazl Koudeie, the director general for foreign investment at OIETAI, said the presence of foreign investors in Iran is growing.

Western companies are one after the other engaged in talks with Iran to resume their delayed activities or make new investments in the Islamic Republic.

The recent developments came as world powers and Iran reached a framework agreement in the Swiss city of Lausanne in early April. Iran and P5+1 have reached a mutual understanding on ironing out their differences over Tehran’s nuclear program and reaching a final deal by the end of June.

On May 9, Iran’s Vice President Eshagh Jahangiri pointed to the growing number of Western companies attempting to return to Iran following the possible removal of sanctions against the country and said Tehran would rather support foreign investment.