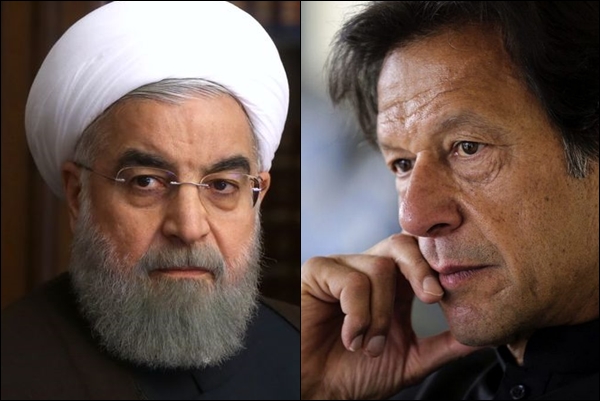 Iranian President Hassan Rouhani has called on Islamabad to take a decisive action against the anti-Iran terrorists operating near the border of the two countries.

“The senior officials of Iran and Pakistan have a heavy duty to maintain and strengthen the friendly ties of the two nations and should not allow a handful of terrorists, who are the tools and means of other countries, sow the seeds of discord between Tehran and Islamabad,” Rouhani said.

He called for Pakistan’s decisive action against anti-Iran terrorists stressing that “we should not allow decades of friendship and fraternity between the two countries be affected by the actions of terrorist groups because we and you know who are funding them.”

We should not allow a third party to affect the ties between Iran and Pakistan, noted Rouhani.

“We are waiting for your decisive action against these terrorists,” Rouhani said, stating that the Islamic Republic is well aware where the terrorist groups that use Pakistan’s soil for terrorist attacks against the Iranian nation are based.

He further referred to the terrorist attack on the Khash-Zahedan road and the deaths of 27 Iranian border guards saying that “we are witnessing many moves by the terrorists who are unfortunately based in Pakistan, and we are fully prepared to work with the Pakistani army and government to help eliminate these terrorists because their presence is not in the interest of us, you and the region.”

The Iranian president also warned that the continuation of these terrorist acts can affect the ties between the two countries.

Imran Khan expressed condolences over the killing of some Iranian soldiers in the attack on the Khash-Zahedan road stating that Islamabad is very close to the terrorists’ hideout. He said some good news about the terrorists and their action will be given to the Iranian side soon.

“It is in the interest of Pakistan not to allow terrorist groups to use its territory, and the Pakistani army is ready to confront the terrorists with more information provided by Iran,” highlighted Imran Khan.

He expressed hope that he will soon visit Iran because Islamabad is after expansion of ties with Tehran in all areas.

On February 13, a bomber slammed his booby-trapped vehicle into a bus carrying IRGC members in Sistan and Baluchestan province killing 27 of them.

Several attacks by Pakistan-based terrorist groups have in the past targeted Iranian security forces. Tehran has always protested that Pakistan is not severe in confronting the terrorists.

However, the latest attack appeared to be the final straw, with several Iranian officials threatening that they are running out of patience with Islamabad.