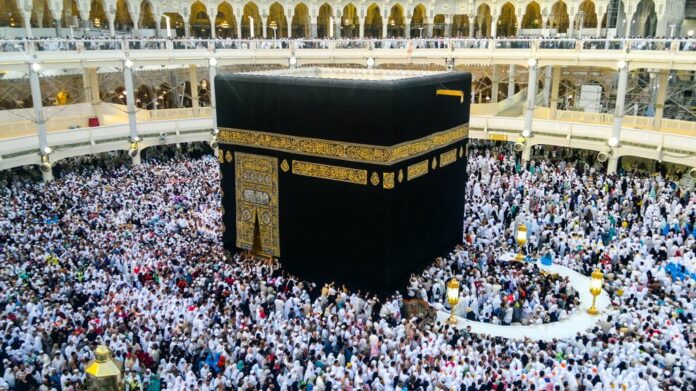 A representative of Iran’s Leader says this year’s successful hajj pilgrimage can pave the way for fence-mending talks between Iran and Saudi Arabia, easing disputes between the two regional powers.

Speaking in a presser in Mecca on Sunday, Seyyed Ali Qazi-Askar, the representative of the Leader of Iran’s Islamic Revolution Ayatollah Seyyed Ali Khamenei in Hajj Affairs, said Saudis have been improving the quality of their hajj services year by year, particularly in terms of transport and visas.

“This year’s hajj was one of the best ones in terms of execution and spirituality,” he said.

This month, nearly two million worshippers from across the world took part in hajj, the spiritual journey to Mecca that all able-bodied Muslims with financial means must make at least once in their lifetime.

This year, around 86,000 faithful Iranians were also in Saudi Arabia to perform the annual ritual that started last Wednesday and ended on Monday.

He expressed hope this year’s hajj could prepare the ground for improving relations between the two governments.

“Iran and Saudi Arabia are two big countries in the region, which can minimize their differences through dialogue,” he said.

“As we managed to carry out hajj plans though dialogue and interaction, the two governments can engage in talks to improve political relations,” he said.

“Now that the plot of ISIS has been foiled, we should pursue bigger goals and form regional unity with our neighbours,” Qazi-Askar said.

Iran Following Up on Mina Incident

Qazi-Askar, who is the head of Iran’s hajj caravan, says Tehran is still following up on the case of victims of the 2015 Mina incident. He says the two sides are waiting for the outcome of investigations by a fact-finding committee to determine if Saudis are to blame for the incident and must pay blood money.

Riyadh has since then opted to keep the door of dialogue closed and tensions between the two countries have remained at an all-time high.

The Iranian government went to great lengths to heal widening fissures with Saudi Arabia that has accused Iran of aspiring to dominate the Middle East and employed checkbook diplomacy to tilt regional states toward itself and against Tehran.