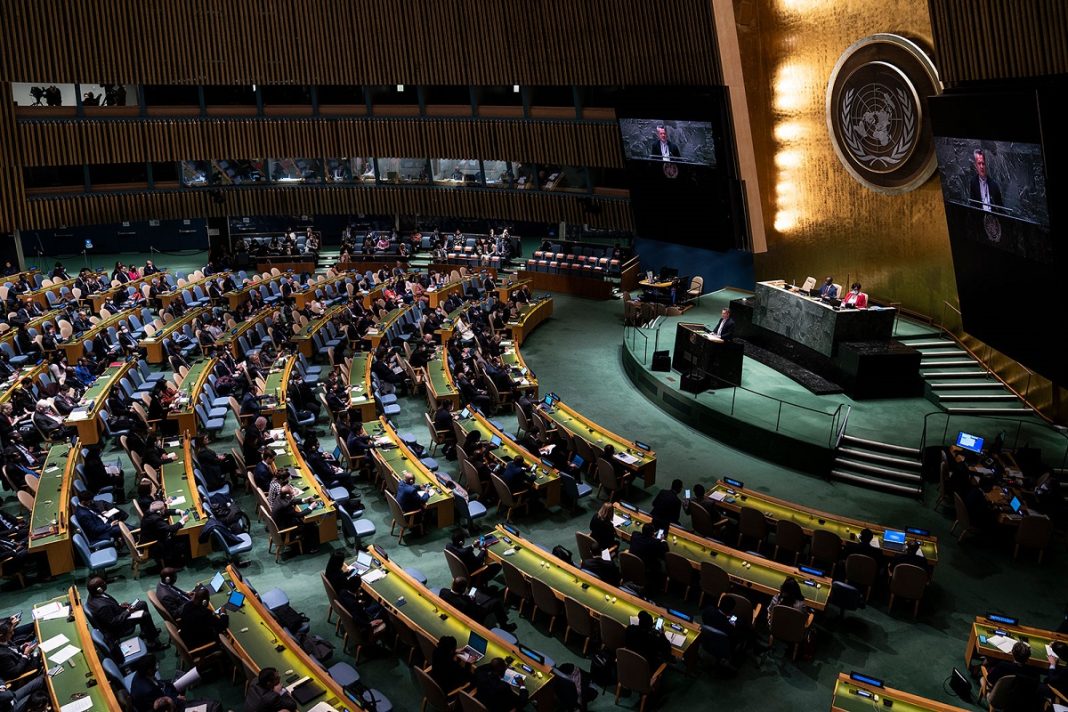 Takht Ravanchi noted that the draft resolution is damaging the UN’s impartiality.

Human rights should not be victimized for short-sighted political considerations, he continued.

UNHRC membership should not be based on politics, he underlined, adding that sovereignty and territorial integrity of all countries should be fully respected and security of civilians should be ensured.

He also voiced deep concern over the deteriorating humanitarian situation in Ukraine which has drawn international attention.

The United Nations General Assembly has voted to suspend Russia from the UN Human Rights Council (UNHRC) over what it called the “gross and systematic violations and abuses of human rights” by Russian troops in Ukraine. The UN-initiated resolution garnered 93 votes in favor on Thursday, while 24 countries voted against and 58 countries abstained.