Iran Says Remaining in Nuclear Deal Better than Leaving It 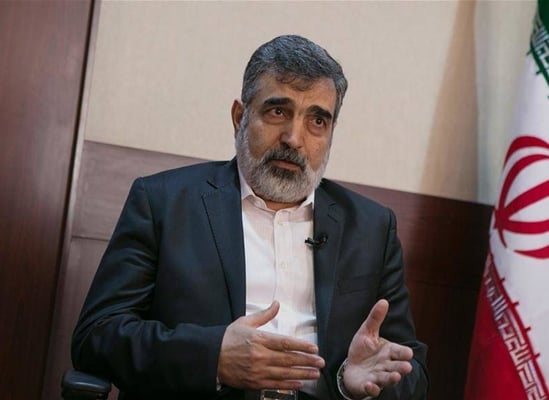 The spokesman for the Atomic Energy Organisation of Iran (AEO) says remaining in the 2015 nuclear deal will be more beneficial for Iran than leaving it.

Behrouz Kamalvandi said it is up to the leadership of the Islamic Republic of Iran to decide about remaining in or leaving the JCPOA, but he himself believes that remaining in the deal is better than leaving it.

“As Henry Kissinger, former US Secretary of State, once said, the US withdrawal from the JCPOA has created a deep hole in the US’ internal politics. Meanwhile, according to Kissinger, the pullout has put the US and Europe at a loggerhead over Iran and killed at least six resolutions by the United Nations Security Council about Iran,” he noted.

“Therefore, I believe that we would lose all these advantages simply by leaving the nuclear deal,” he said in an interview with ISNA.

Europe Not to Sever Ties with US over Iran

In response to a question on Europe’s capacity to make up for the damages inflicted on Iran after the US re-imposed its sanctions on the country, the AEOI spokesman said it goes without saying that Europe doesn’t have enough capacity to compensate for the damages.

“Unfortunately, it is a brute fact that the global economy is not imaginable at all without the US and its significant role in the monetary, banking and technological areas. Meanwhile Europe needs to keep its relations with the US not only because of its economic considerations but also its identity and security,” he noted.

Kamalvandi went on to say that it’s wrong to think that Europe will stand against the US over Iran. “They may adopt a relatively different approach towards the US but won’t stand against it at all. Europe’s capacity is limited but as things stand so far, they are ready to work with the Islamic Republic in some areas despite the US sanctions.”

He underlined that based on UN Security Council Resolution 2231, even if all earlier UN resolutions against Iran are restored, there would be no restriction on the contracts signed by Iran and a number of foreign companies after the JCPOA implementation including the re-designing of Arak heavywater reactor.

The spokesperson also referred to the re-imposition of the first round of the US sanctions on the Islamic Republic and said the organization has braced itself for the worst-case scenarios.

The second round of the US unilateral sanctions on the Islamic republic of Iran are set to be re-imposed in November.

Touching on the impacts of the re-imposition of US sanctions on the contracts signed by the AEOI and the European sides over the past three years, Kamalvandi said even if the other parties decide to quit cooperation with the Islamic Republic, there are many small and medium-sized companies which are ready to replace them.

Remaining in JCPOA Could Decrease Impact of Sanctions

The spokesperson also said that although it is not possible to close our eyes on the impacts of the sanctions on Iran, the Islamic Republic can alleviate their impacts by remaining in the nuclear deal.

He noted today the situation is different when it comes to the sanctions “because unlike previous times, the US does not any more have the backing of other countries and there are many small and medium-sized companies which can work with Iran despite the US sanctions.”

The Iranian official underlined that as stressed by Iran’s Leader, the country needs to resist against the sanctions for a while so that the US officials come to the sense that their measures are not strong enough to kneel down the Islamic Republic.

Asked about Iran’s plans to join global nuclear conventions, Kamalvandi said the AEOI has already considered joining such treaties as Convention on Nuclear Safety or Vienna Convention on Civil Liability for Nuclear Damage.

“We have already handed over the conventions to the Parliament for approval but given the current political situation in the country, the parliament is not prepared yet to approve them,” he said.

According to Kamalvandi, the Islamic Republic began studying the conventions after the implementation of the Iran nuclear deal in 2016.

He underlined that in November, Salehi is also expected to take part in a separate meeting to be attended by the science and technology ministers from the IAEA member states.

President Donald Trump decided back in May to withdraw the US from Iran’s nuclear deal and re-impose sanctions against the Islamic Republic.

Trump made the decision despite massive efforts by the European allies of the US to convince him to stay in the landmark agreement. The nuclear deal, known as the Joint Comprehensive Plan of Action (JCPOA) came out of years of negotiations between Iran and six world powers, namely the US, Russia, China, Germany, France and Britain in July 2015.