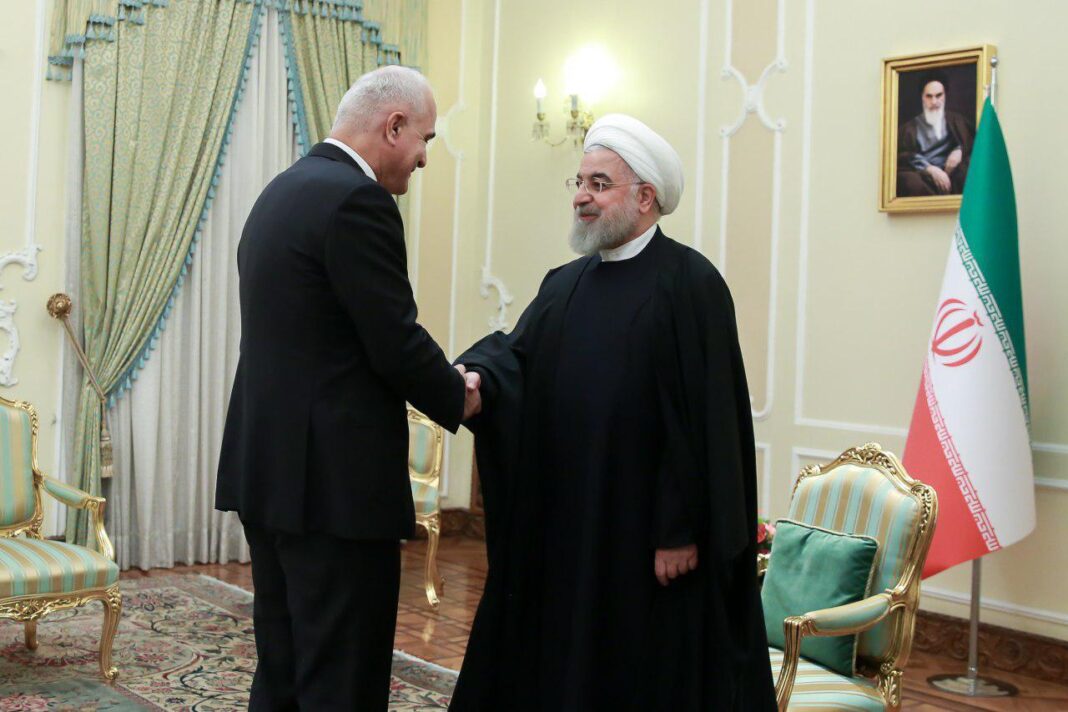 President of the Islamic Republic of Iran Hassan Rouhani has lauded the positive steps that Tehran and Baku have taken to enhance ties over the past six years.

President Rouhani received a written message from his Azeri counterpart Ilham Aliyev in a meeting with First Deputy Prime Minister of Azerbaijan Shahin Mustafayev, held in Tehran on Tuesday evening.

In the meeting, President Rouhani said the reciprocal visits by the high-ranking delegations from Iran and Azerbaijan would contribute to the expansion of bilateral ties, and expressed hope that the agreements the two neighbors have signed during his most recent trip to Baku would be implemented immediately.

He also highlighted the significance of cooperation in carrying out joint projects, such as the construction of Khoda Afarin Dam and power plants along the border regions, and hoped that a joint railroad project connecting the cities of Rasht and Astara would be carried out as soon as possible.

President Rouhani further noted that Iran is seriously pursuing the implementation of joint projects on oil exploration and extraction in the Caspian Sea with neighboring Azerbaijan.

He also emphasized the necessity for the promotion of scientific and technological interaction, saying, “Tehran is ready to work with Baku in all fields of technology, and we believe that establishment of industrial regions could enhance the bilateral ties.”

He also called for fruitful cooperation on environmental protection in the Caspian Sea.

Highlighting Tehran’s efforts to boost the bilateral and trilateral relations with Baku and Moscow, the president said plans are underway to strengthen a transit route between Iran and Azerbaijan and broaden the tripartite cooperation in the energy and electricity industries.

Mustafayev also pointed to the “constructive and fruitful” negotiations during his stay in Iran, saying the interaction between Baku and Tehran has been growing in all areas.

He finally noted that the volume of trade exchanges between the two countries has tripled since 2014, and the number of active Iranian companies in the Republic of Azerbaijan has risen by 50 percent over the past year.