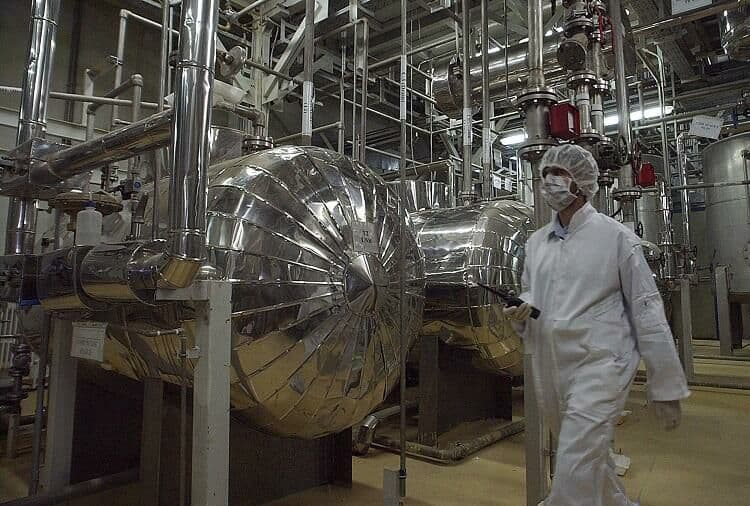 Spokesperson for the Ministry of Foreign Affairs of the Islamic Republic of Iran has downplayed the concerns expressed by the three European parties to the 2015 nuclear deal regarding Tehran’s nuclear activities.

“Anyway, as already announced by the Atomic Energy Organization (of Iran), utilization of the uranium metal production factory in Isfahan, stipulated in the Parliament’s legislation, and the production of advanced fuel (silicide) to be used at the Tehran Research Reactor, are two totally different issues,” the spokesman added.

“What the (International Atomic Energy) Agency has reported on applies to the start of research and development activities to design a more advanced fuel for Tehran Research Reactor, dubbed silicide fuel,” Khatibzadeh added, noting that Iran had informed the IAEA about the plan two years ago and has recently provided the UN nuclear agency with the designing information.

The uranium metal is an intermediate product in the process of producing silicide fuel, he noted, adding, “The Design Information Questionnaire (DIQ) for Isfahan uranium metal plant has not been yet submitted to the Agency (IAEA), and this will take place after the necessary arrangements and within a deadline set by the law.”
The Foreign Ministry’s spokesperson finally dismissed the baseless speculations about the issue, saying, “Uranium metal also has peaceful applications. A number of countries are currently using uranium metal-based fuel for their reactors, and this is not in contradiction to the Non-Proliferation Treaty and the Safeguards (Agreement) commitments of the countries. Moreover, this technology is a necessity in Iran, which must fulfill the patients’ demands for nuclear medicine with the best quality, and it is completely based on humanitarian and peaceful grounds.”