Iran Says No Reason Left for It to Honour Nuclear Deal 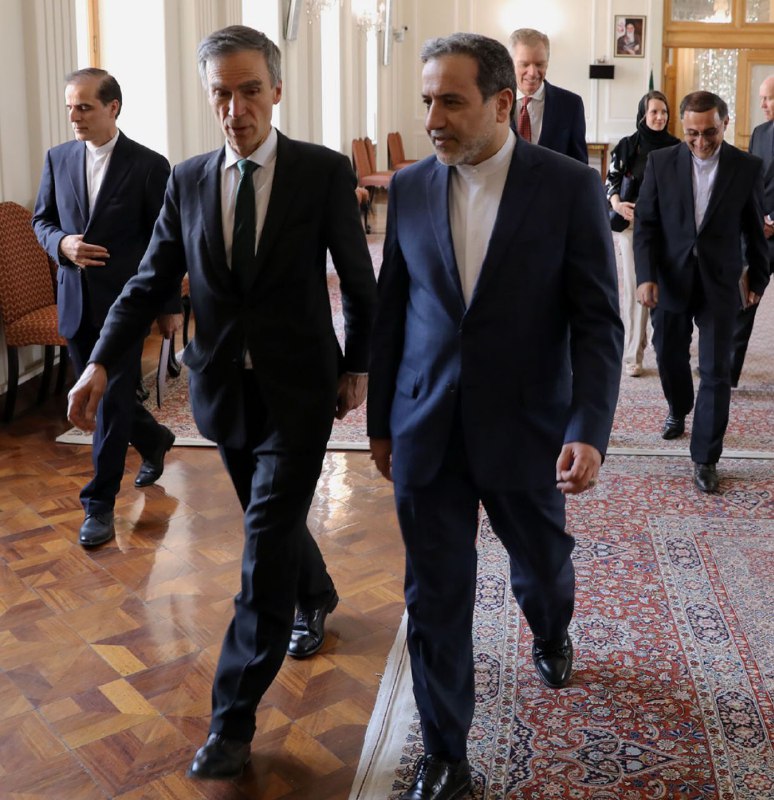 Iranian Deputy Foreign Minister for Political Affairs Seyyed Abbas Araqchi says the Europeans' failure to fulfil their commitments under the Iran nuclear deal has left Iran no choice but to stop honouring its obligations.

Less than two weeks before Iran’s 60-day deadline for balancing the nuclear deal in accordance with the Article 36 of the JCPOA, British Deputy Foreign Secretary for the Middle East Mr Andrew Murrison visited Tehran on Sunday, June 23, 2019, and held a meeting with Deputy FM Araqchi.

In response, Iran’s deputy foreign minister highlighted the European countries’ procrastination and failure to honour their commitments under the JCPOA, saying, “Sadly, there is no balance between our obligations and rights under the JCPOA; therefore, there remains no more reason for Iran to continue honouring the JCPOA.”

“We are convinced that Europe’s lack of commitment to its JCPOA undertakings was not because of incapability, but lack of determination. Europe is not ready to pay any cost for preserving the JCPOA. The European companies dare not to disobey the US Treasury Department’s orders, which means Europe’s lack of sovereignty, even inside its own borders,” Araqchi added.

“The decision to scale down Iran’s commitments under the JCPOA is a national and irreversible decision, and the Islamic Republic of Iran will keep to this trend until its demands are met,” he stated.

Araqchi also criticized the UK government’s one-sided stances on the regional issues, including its baseless accusations against Iran after the attacks on oil tankers, noting, “It appears that the British government’s entanglement with the predicament of Brexit has prevented it from having a correct understanding of the global realities. Immature companionship with the US’ bully-style measures will result in nothing but an increase in the Iranians’ historical aversion to the UK policies.”

The two officials also discussed bilateral issues, including Britain’s financial debts to Iran. Pointing to the UK government’s debt to the Iranian nation unpaid for forty years, Araqchi called for an immediate settlement of the debts, stressing that the UK government’s refusal to do so would not be acceptable with any justification.

On the prisoners with dual nationality and Mrs Zaghari’s husband’s sit-in in front of the Iranian Embassy in London, Araqchi said, “The Islamic Republic of Iran’s Judiciary will not be influenced by such acts of blackmail, and those convicted of espionage must serve their terms.”