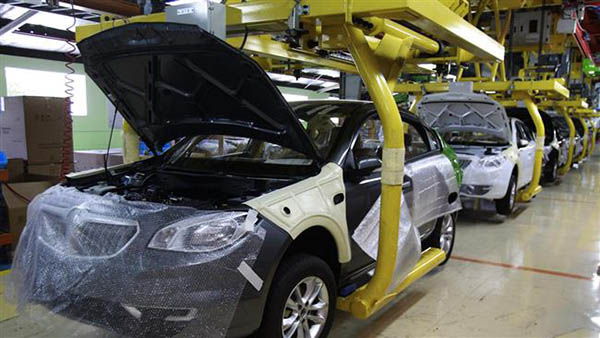 Iran on Sunday raised the possibility to force the Chinese car manufacturers out of its auto market in the next Iranian calendar year (to begin 21 March 2016).

Mohsen Salehi-Niya, a deputy industry minister, has been quoted by the media as saying that the Chinese car manufacturers will have to leave Iran if they fail to increase the share of local content in their production plans in the country.

“By considering the recent standards that have been devised, the Chinese should speed up their activities to increase the share of local content in their car production projects in Iran,” Salehi-Niya said.

“Otherwise, they will be crossed out from the Iranian auto market in the next [calendar] year,” he added.

Iran’s media reported last July that a surge in the enthusiasm of European automakers to get a foothold in the Iranian auto market was pushing Chinese brands to leave.

Reports quoted officials from China’s leading automaker Chery Automobile Co. as saying that the company’s share of the Iranian market had decreased over the past year.

They said Chery was previously warmly welcomed in Iran, but that there had been a decline in the interest of Iranians toward the company’s products with the removal of anti-Iran economic sanctions already in sight.

Nevertheless, the exit of Chinese car manufacturers had been expected before with the arrival of global auto majors in a post-sanctions era.

“Some Chinese car producers whose products are low quality will eventually have to bid farewell to the Iranian market,” said Shahram Azadi, an economist and a university professor in Tehran.

“The screw will grown even tighter on Chinese producers if European car manage to provide products to the Iranian market that will be cheaper but would have a better quality,” Azadi added.

Several top European auto brands have already started serious talks to operate in the Iranian auto market. They include Renault and Peugeot from France as well as Volkswagen from Germany.

The Chinese made their forays after the Europeans pulled out of Iran in the wake of intensified sanctions in 2011. They began with supplying semi-heavy and heavy trucks and passenger vehicles.

Chery was the first Chinese carmaker to set foot on Iran. Presently, eight Chinese automakers are supplying or assembling 27 models of cars which ply Iranian roads. However, the poor quality of their products is frequently blamed in Iran for road casualties.