Iran Says No Negotiation with US Unless It’s Treated Fairly

The spokesman for Iran’s Supreme National Security Council (SNSC) says the Islamic Republic won’t sit down for any negotiations unless it receives a fair treatment from the other side.

“There has been an increase in the number of visits to Iran by officials from different countries, mostly on behalf of the United States. Some of the visits are made public through media whereas others remain confidential,” said Keivan Khosravi as quoted by IRNA. 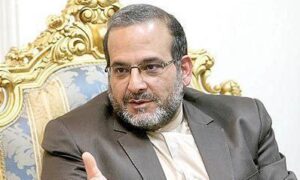 “On the basis of the principles of the Islamic Republic of Iran, they [the diplomats] have all been sent back with a message of authority, logic, resistance and steadfastness of the nation,” he added.

“We have said clearly in the past that until the behaviours remain the same, until the country’s rights are not met, until they don’t change course from talk to action it will remain like this,” Khosravi added.

“There will be absolutely no negotiations,” he repeated.

Iranian President Hassan Rouhani said earlier this week that while Tehran is open to dialogue, such engagement with the United States under the current circumstances is simply not possible.

“I, myself, am in favour of negotiation and diplomacy, but do not approve of it under the current circumstances at all,” the president said as he met a number of religious scholars and personalities on Monday.

He said Iran had never been the initiator over the course of its standing conflict with the US, which took a turn for the worse in May 2018, when President Donald Trump abandoned a multi-lateral nuclear agreement with Tehran.

Since then, Trump has used all in his power from sanctions to threats of military action in order to force Tehran to negotiate a new deal that addresses its missile program as well as its growing influence in the region.