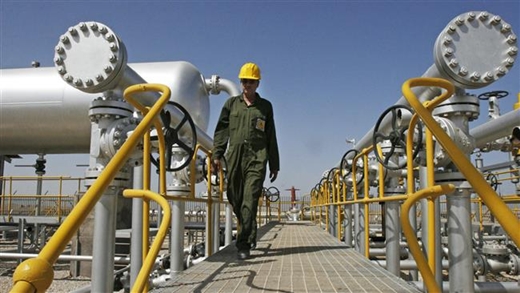 Iran and Iraq are expected to sign the agreement within two weeks and exports of natural gas from Iran to Iraq will start accordingly, said Azizollah Ramezani.

Iran says it has prepared the draft of a much-awaited agreement with Iraq to export natural gas to the country.

Azizollah Ramezani, the director for international affairs department of the National Iranian Gas Export Company (NIGEC), said the draft has been finalized after four days of discussions between Iranian and Iraqi expert teams.

Ramezani added that the text of the agreement will be forwarded to the related authorities for final approval, IRNA reported.

He further said that Iran and Iraq are expected to sign the agreement within the next two weeks and that exports of natural gas from Iran to Iraq will start accordingly.

The two countries signed a basic agreement for exports of natural gas from Iran’s South Pars gas field to Iraq back in 2013.

Based on the agreement, 25 million cubic meters (mcm) of gas will be delivered to Sadr, Baghdad and al-Mansouryah power plants through the 270-km pipeline on a daily basis.

The volume will increase to 30 mcm per day during the hot seasons.

The project has been long in the offing but had been delayed over security concerns resulting from the war of insurgency that the ISIL terrorists have waged in Iraq.