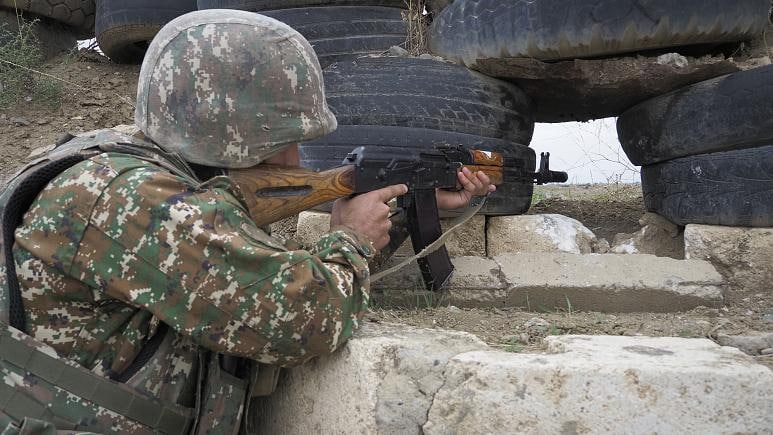 Iran's Foreign Ministry Spokesman Saeed Khatibzadeh has expressed concern over the continuation of border clashes between the border guards of the Azerbaijan Republic and Armenia.

In a statement on Thursday, Khatibzadeh expressed regret over the deaths and injuries of the two countries’ nationals, and called on both parties to show self-restraint.

He also underlined the necessity of the peaceful settlement of border disputes between the two countries.

Khatibzadeh stressed that the two countries must overcome the tensions and clashes, and respect the internationally recognised borders.

Three Armenian soldiers were killed in clashes with Azerbaijani forces on the border, Armenia’s government said on Wednesday, in the deadliest clash since the end of last year’s war in Nagorno-Karabakh.

The Armenian Defence Ministry said in a statement that a further four soldiers were wounded by gunfire.

In a statement issued at 09.20 am local time, it added that “fighting continues”. About an hour later, Armenia authorities announced that “an agreement restoring the ceasefire at the line of contact” had been reached “at the mediation of the command of Russian peacekeeping forces”.

Azerbaijan’s Defence Ministry said two of its soldiers were also injured in the clashes but that “there is no danger to their life.”

Both countries blamed each other for the flare-up in tension along the border.