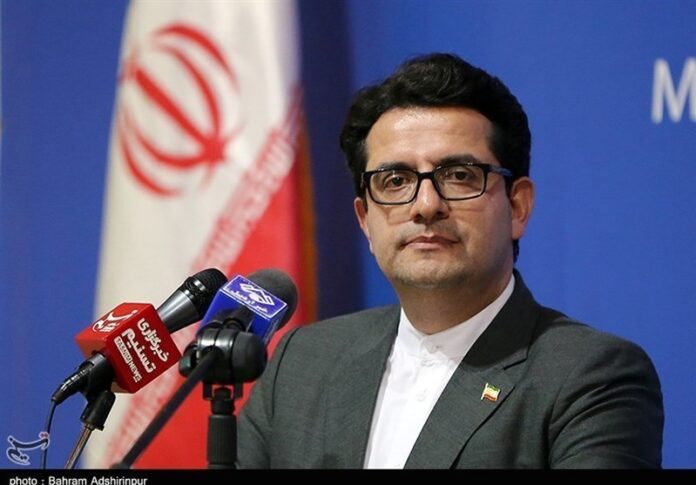 TEHRAN (Tasnim) – Iran’s Foreign Ministry Spokesman Seyed Abbas Mousavi underlined Tehran’s readiness for talks with regional countries, saying there is no other way than dialogue for resolution of differences.

“The Islamic Republic of Iran is always ready … for dialogue and cooperation with all countries of the region,” Mousavi said in Baghdad during a Sunday visit to Iraq accompanying Foreign Minister Mohammad Javad Zarif.

“As for Saudi Arabia, we have announced our efforts and principled and unchanging policy (on talks) and it depends on the government and officials of his country as to how and from what standpoint they would respond to our offer for regional cooperation and dialogue,” he added.

“Iran always seeks stability, security and peace in the region,” the spokesman said, stressing that there is no alternative to dialogue for peaceful resolution of misunderstandings and differences in the region.

That would be the only way for restoration of stability and security and even economic prosperity in the region, he went on to say.

During the trip, the Iranian top diplomat held separate meetings with his Iraqi counterpart, President Barham Salih, and al-Kadhimi as well as a number of other senior political officials.