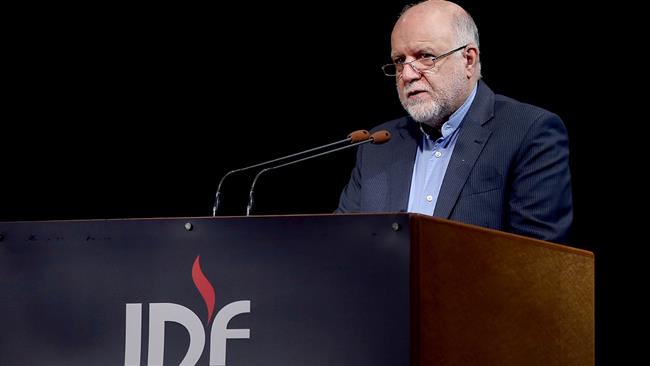 The Iranian oil minister calls on leading energy companies to re-open their offices in Iran in order to get Iranian support.
Tag: Iran-sanction

Oil Minister Bijan Zangeneh says oil sanctions against Iran will be lifted in the “next few days.”

He made the announcement as Iran’s Petrochemical Forum (IPF) opened in Tehran with an appeal to foreign companies to re-open their offices in the resource-rich country.

“Iran’s oil sanctions will be completely annulled in the next few days,” Zangeneh said.

The lifting of sanctions will enable the country to fulfill its 20-year vision plan, including its target to produce $70 billion of petrochemicals a year at current prices, the minister added.

“Iran has enough feedstock at its Persian Gulf coasts for new projects, including its plans for production of ethylene from LNG, ethane and propane,” Zangeneh said.

The minister called on leading energy companies to re-open their offices in Iran in order to get Iranian support.

“Oppressive sanctions will be removed soon and international exchanges will become possible,” he said.

The products will be worth $27 billion at current prices, the official said.

“After nuclear negotiations, we must expect a boom in the petrochemical sector,” Sheri Moghaddam added.