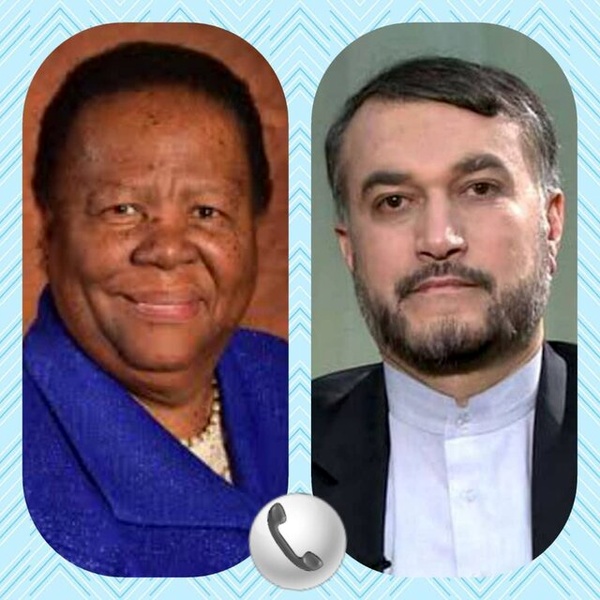 In this telephone conversation, different topics such as holding the 10th political committee at the level of deputy foreign ministers in Tehran, holding the 15th meeting of the joint commission between the two countries at the level of foreign ministers of the two countries, the official visit of the Iranian president to South Africa and others topics of mutual interest were discussed.

Mrs. Pandor expressed satisfaction with the meeting with the Iranian foreign minister on the sidelines of the annual session of the United Nations General Assembly in New York. She stressed the importance of developing bilateral relations and South Africa’s interest in this regard. The South African foreign minister also mentioned the Iranian president’s visit to Pretoria and the holding of the 15th meeting of the joint commission, which will be hosted by South Africa during the first six months of 2022 in Pretoria.

The top Iranian diplomat welcomed the planned joint commission meeting, and emphasized on the formation of investment, energy and health subcommittees, as well as working on areas of mutual interest for cooperation and in order to expand trade and economic relations.

At the end of their phone conversation, the two sides stressed the need to strengthen cooperation in international and regional fields.