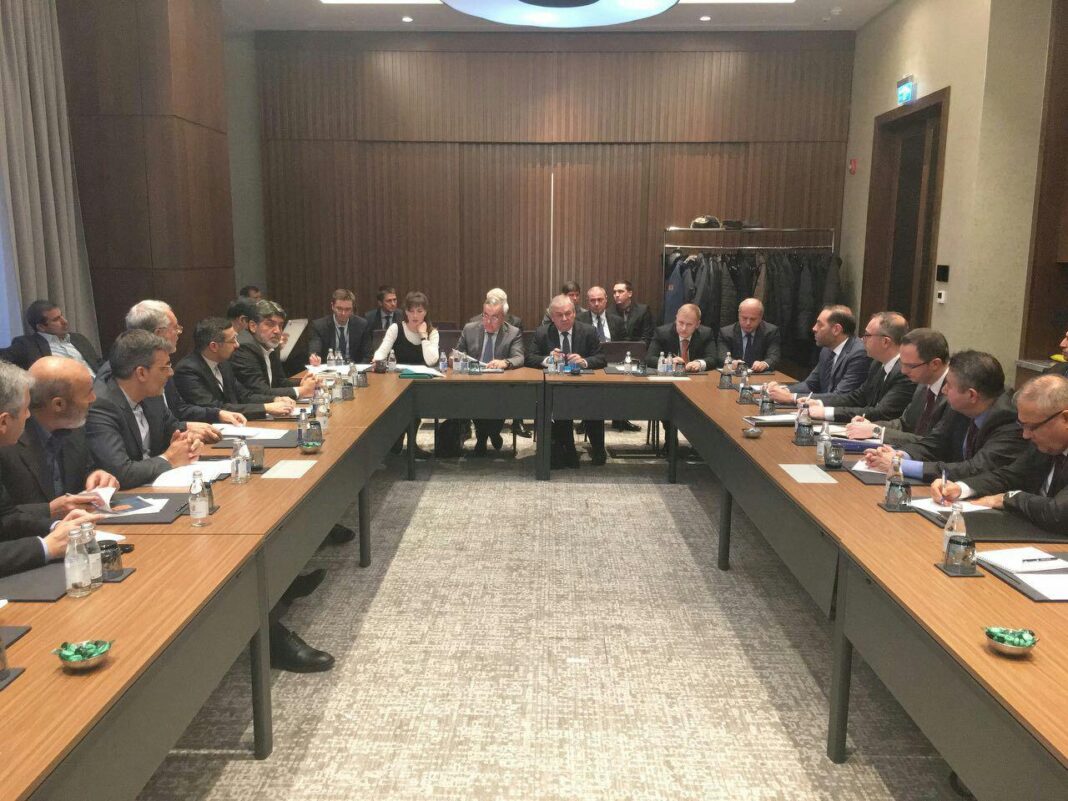 Top negotiators of Iran, Russia, and Turkey have held a trilateral meeting in the Kazakh capital of Astana as part of a new round of Syria peace talks.

After separate meetings with the heads of Russian, Syrian, and Turkish delegations to the eighth round of Astana Talks, Iranian Deputy Foreign Minister Hossein Jaberi Ansari on Thursday took part in the trilateral meeting of guarantor states.

During this round of talks, the participants try to prepare the grounds for the Syrian National Dialogue Congress, which was approved to be held during a meeting of the leaders of guarantor states in Sochi.

The delegations attending this round of talks also work to approve two documents remaining from previous rounds of Astana Process. The documents are focused on the exchange of detainees, abductees, and the bodies of those killed from the two conflicting sides, and also demining Syria’s protected cultural heritage.

During the Astana Process, the Islamic Republic of Iran has endeavoured to remove the existing obstacles to the adoption of these documents.

The two diplomats, who head their country’s delegations to Astana Talks, discussed the latest developments in Syria as well as the trilateral agreement achieved by Syria peace guarantors (Iran, Russia and Turkey) during earlier rounds of Astana Talks.

They also exchanged views on international efforts aimed at finding a peaceful solution to Syria crisis.

The Iranian and Turkish diplomats also underlined the necessity of adopting trust-building measures by the conflicting sides in Syria with the aim of putting an end to the crisis in the war-torn country.

During the talks, the two sides discussed the latest political and field developments in Syria. They also exchanged views on ways to continue implementing measures adopted in previous rounds of Astana talks in different fields including fight against terrorism.

Talks over holding national dialogue in Syria as well as urgent humanitarian aid were also high on the two sides’ agenda.

Jaberi Ansari underlined that the Islamic Republic of Iran attaches significant importance to finding an urgent political solution to Syria crisis and adopting humanitarian measures including exchange of prisoners, captives and bodies of the forces of the conflicting sides in Syria.

He also elaborated on the stance of the Islamic Republic towards Syrian-Syrian dialogue and its commitments to finding a solution to Syrian crisis.