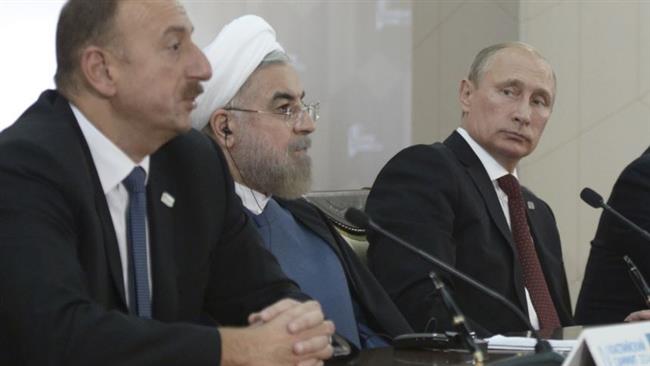 A major project to foster trade connectivity through a less trodden path straddling a promising market is about to feature prominently in discussions when presidents of Iran, Russia and Azerbaijan meet in Baku on Monday.  The International North-South Transport Corridor (NSTC), a multi-model route to link India and the Middle East to the Caucasus, Central […]

A major project to foster trade connectivity through a less trodden path straddling a promising market is about to feature prominently in discussions when presidents of Iran, Russia and Azerbaijan meet in Baku on Monday.

The International North-South Transport Corridor (NSTC), a multi-model route to link India and the Middle East to the Caucasus, Central Asia and Europe, is being nurtured for significantly reducing costs and travel time and boosting trade.

“Our talks will focus on a flagship project – the International North–South Transport Corridor with a total length of 7,200 kilometers,” Russian President Vladimir Putin was quoted as saying on Friday.

The NSTC concept was formalized by India, Iran and Russia in 2000 but it has not taken off in a big way yet. Western trade sanctions on Russia and Iran in recent years have provided a new impetus to put steam on the project.

Both Iran and Russia as well as Azerbaijan are seriously dependent on oil revenues which have sharply fallen due to the price collapse. The new transit route offers them a unique alternative to diversify their economy.

It also helps them as well as India and other regional countries reduce their dependence on traditional markets in the West where there is currently not much demand.

The corridor, instead, offers access to growing untapped markets in Asia, Africa and Latin America.

The ship, road and rail route connects India’s Mumbai to the Iranian port of Bander Abbas and further to Baku in Azerbaijan as well as Astrakhan, Moscow and St Petersburg in Russia before stretching to northern Europe and Scandinavia.

According to Zarif, the countries were discussing the “final details” of the project.

For trade, India currently uses maritime transport to link with Russia. From St. Petersburg, the cargo has to sail around the entire western part of Europe and the Suez Canal which takes around 40 days to reach Mumbai.

According to the Russian Railways Logistics, the new route cuts the time just to 14 days and eliminates the need to pass through the Suez Canal, which is not only overloaded, but also very expensive.

The NSTC project also opens a window for alignment with Silk Road Economic Belt, a brainchild of Chinese President Xi Jinping to establish new trade and transport links with Central Asia and Europe. 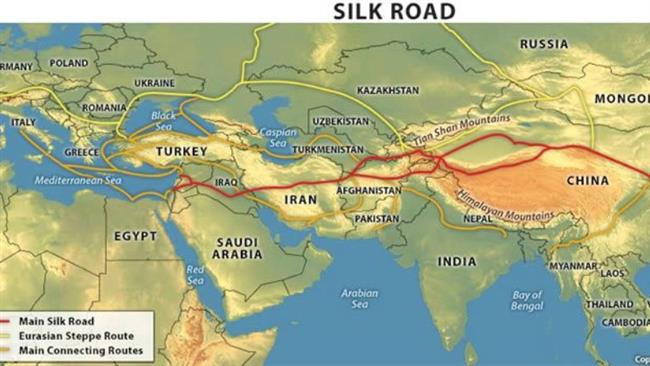 China says the plan would boost growth and improve infrastructure to fulfill an “Asia-Pacific dream.” Observers also see it as part of Beijing’s ambitions to redraw the geopolitical map of Asia, which have ruffled feathers in the US.

The Silk Road Economic Belt vision also provides Beijing a counterbalance to Washington’s “pivot to Asia” strategy of focusing more military and other assets on the region.

For Iran, both the NSTC and Silk Road projects are a boost to the country’s “Look East” policy.

In an interview with Azerbaijan’s state news agency Azertac on Friday, Putin expressed hope that a free trade zone can be established soon between Iran and the Russia-led Eurasian Economic Union.

“Iran is Russia’s longtime partner. We believe that bilateral relations will benefit from the reduction of tensions around Iran following the comprehensive agreement on the Iranian nuclear program,” Putin said.

The Russian leader said trade with Iran had grown by 70 percent to $855 million over the first five months of 2016. Overall trade between the two countries now stands at about $1.6 billion.