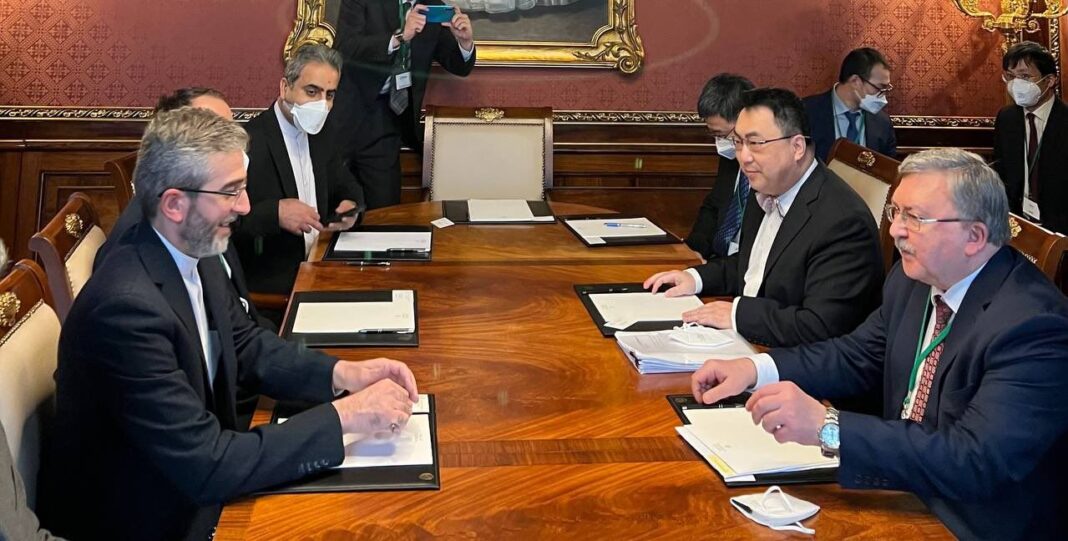 The top nuclear negotiators of Iran, Russia and China have held talks in Vienna.

The meeting came on Monday after the arrival of chief Iranian negotiator Ali Bagheri in Vienna for a new round of talks with the P4+1 group of countries with the aim of removing anti-Iran sanctions.

After the three-way talks, the joint commission of the nuclear deal, JCPOA, will convene a session at Vienna’s Coburg Hotel.

The previous rounds of talks ended after Iran and the P4+1 namely Russia, China, Britain, France and Germany agreed to continue the negotiations based on two draft documents put forth by Iran that lay out Tehran’s proposals regarding the revival of the nuclear deal and the US’s return to the agreement.