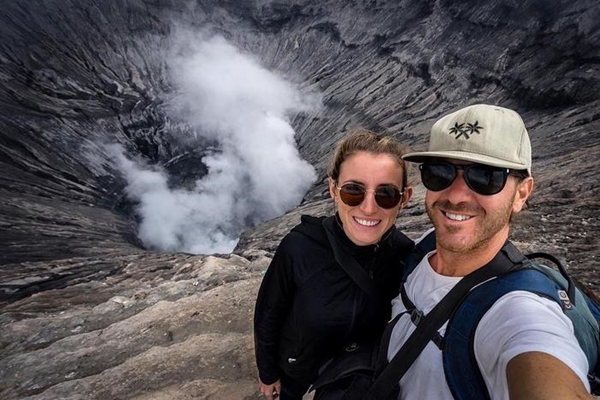 Iran has released British-Australian woman Jolie King and her Australian boyfriend, Mark Firkin, after dropping all charges against them, Canberra confirmed Saturday.

The Australian foreign affairs minister, Marise Payne, told reporters, “It is with some enormous relief that I announce that they have been released and returned.”

“We have done that discretely, and I would note each case of an Australian detained overseas is different and requires a specific and a particular response,” she said.

“For Jolie and for Mark, the ordeal they have been through is now over, they are being reunited with their loved ones.”

She said all charges against King and Firkin had been dropped.

Payne said King and Firkin were in good health and good spirits, and had requested privacy.

In a statement issued on Saturday afternoon they said, “We are extremely happy and relieved to be safely back in Australia with those we love.

King and Firkin left their home in Perth, Western Australia, in 2017, documenting their travels on a blog called The Way Overland. They were arrested three months ago near the Iranian capital for flying a drone – allegedly to shoot pictures for the travel blog – near military installations in Jajrood in Tehran province. They were then detained and jailed in Evin prison.

Drone use with a permit is allowed in Iran, but there are strict conditions. People must not fly drones over people or large crowds, over the city of Tehran, or over sensitive areas. Flying a drone without a permit in Iran is punishable by six months in prison followed by immediate deportation.

The release came a week after the US released Iranian prisoner Negar Ghodskani, who had served 27 months in prison in Australia before being extradited to the US.

Iran has also announced that Russian female journalist Yulia Yuzik, detained in Tehran allegedly on charge of spying for Israel, would soon be released.