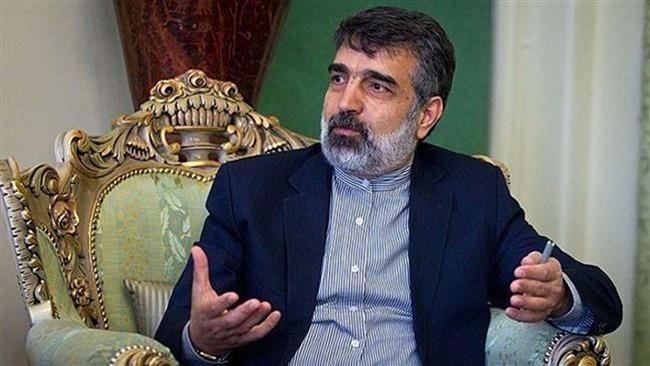 Tehran will not undertake any commitments beyond common laws and regulations, said the spokesman of the Atomic Energy Organization of Iran.

Iran has rejected a call by US Energy Secretary Ernest Moniz for unlimited access of the International Atomic Energy Agency (IAEA) inspectors to the Islamic Republic’s military sites.

In a Monday interview with ISNA news agency, the spokesman of the Atomic Energy Organization of Iran (AEOI) described Moniz’s demand as “not practical and acceptable.”

Behrouz Kamalvandi noted that negotiations aimed at reaching an agreement over Iran’s nuclear program “are still underway,” urging the other side to put forward its views during the talks.

Kamalvandi stressed that Tehran will not undertake any commitments beyond “common laws and regulations.”

Earlier on Monday, Moniz said nuclear inspectors will need free access in Iran as part of a possible deal on the Iranian nuclear program.

“We expect to have anywhere, anytime access,” added the nuclear physicist, who has been part of the recent nuclear talks between Iran and P5+1.

He stated that inspections of Iran’s military sites under a proposed long-term agreement would not be “frivolous” and would be part of “a well-defined process.”

Moniz also said it would take at least six months to lift nuclear-related anti-Iran sanctions. However, Tehran insists that the sanctions must be lifted immediately after the nuclear deal takes effect.

The comments came after Brigadier General Hossein Salami, the second-in-command of the Islamic Revolution Guards Corps (IRGC), said the Islamic Republic will never permit inspections of its military sites.

“Not only will we not grant foreigners the permission to inspect our military sites, we will not even give them permission to think about such a subject,” he said.

There have been reports in the Western media that a final deal between Iran and P5+1 could see Tehran allow international inspectors to visit its military sites. Tehran has categorically denied the reports, describing them as mere rumors and wrong interpretations of the understanding reached in early April in Switzerland.

Iran and P5+1– comprised of Russia, China, France, Britain and the US plus Germany – reached a mutual understanding on Tehran’s nuclear program on April 2 in Switzerland. The two sides are expected to start drafting a final inclusive deal which they seek to sign by the end of June.