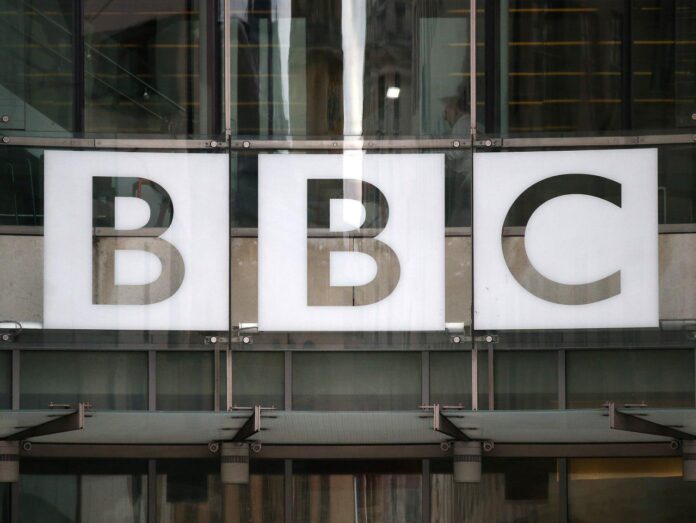 Iran says the British Broadcasting Corporation (BBC) and the UK government are heavily interdependent, rejecting the claim by the UK that the media outlet is an “independent” institution.

Iranian ambassador to London Hamid Baeidinejad and the UK ambassador to Tehran Rob Macaire recently engaged in a war of words in Twitter over the claim that BBC is an independent news channel.

Baeidinejad said the Persian service of BBC cannot be an independent news outlet, because it is funded by the UK’s state budget, and thus it operates under the UK government’s supervision.

It also cited the “Fourth Report of Session” by the Foreign Affairs Committee of the UK House of Commons released three years before the establishment of BBC Persian, and said the report strongly advises BBC to form a Persian service to create major political changes in Iran.

In reaction to the comment, the British ambassador to Tehran said, “The BBC is completely editorially independent. That’s why surveys always show it as one of the most trusted news sources, worldwide. BBC Persian, like the rest of the BBC, is funded from the licence fee, not by the government.”

However, Baeidinejad did not accept his British counterpart’s argument, and said considerable budget is allocated “from the government” to the channel. “In addition, when payments are made through licence fees, which is public, supervision should be made on behalf of the payees.”

Author, translator and expert on UK issues Masoud Mirzaee has, in an interview with Iran’s official news agency IRNA, weighed in on the status and situation of the British Broadcasting Company (BBC).

In the interview, Mirzaee said this media outlet has a complicated legal situation.

“The legal and statutory situation of the BBC in the British establishment is a complicated one, which has not only resulted in this media outlet remain under the influence and domination of the government over the roughly past one century, but, most importantly, caused it to be at the service of the country’s ruling elite,” said the expert.

He said the financing of the BBC has been introduced as the key issue which makes this media outlet independent while it has been historically dependent on the ruling British government.

He said the BBC is funded through selling TV licenses. That means anyone residing in the United Kingdom must buy a TV license in order to be able to watch TV programs through television, computers, laptops, etc. At the moment, the annual subscription fee for TV licenses is ‎£150.5. All revenues from TV license sales go to the BBC.

“BBC World Service, which airs programs in different languages, including Persian, as well as the BBC’s Monitoring Department, received a major part of their funding from the UK’s Foreign Office until 2014, and that is why it is said that the British government’s policies have had more influence on these services than other parts of the BBC,” he said.

He said the British government’s influence on the BBC World Service, especially during the Cold War, was so extensive. Evidence shows numerous committees attended by authorities from the British Foreign Office and security agencies in order to make plans and policies for the broadcasting company

He referred to comments by Iranian Ambassador to London Hamid Baeedinejad, who had called the BBC an “independent” media outlet that was working “under the supervision of the British government.”

“Moreover, the point mentioned by the British ambassador to Tehran that the BBC Persian Service, like other BBC services, is funded by selling licenses and not by the government, at least after 2014, is officially and ostensibly true,” said the expert.

However, he says the issue of bankrolling the activities of this media outlet is a “superstructural” issue and not a fundamental one given the close interdependence between the BBC and the UK’s ruling system.

The expert says the conservative British government decided within the framework of another plan in 2015 to invest £85 million in the BBC World Service to promote the values and interests of Britain as part of London’s strategy to further reinforce the position of the UK as the leading power in the soft war in the world.

“It is within the framework wo such strategies, especially in the international section, that we see the BBC’s full cooperation and solidarity with the British government in issues such the occupation of Palestine, terrorist activities in Syria and Iraq, protests by the people of Bahrain, the war against Yemen, unflinching support for Saudi Arabia and issues related to the Islamic Republic of Iran,” he said.

He also touched upon the comparison that the British ambassador had drawn between the BBC and Iran’s state radio and TV, the Islamic Republic of Iran’s Broadcasting (IRIB).

“This is an irrelevant analogy, both in terms of structure, background and establishment, and with regards to the fact that the IRIB has never introduced itself as an institution which is independent from the ruling establishment; however, one of the alleged and much-touted mottos of the BBC has always been that it is an independent not-governmental enterprise. Of course, historical realities as well as the BBC’s own documents some of which have been declassified after many years show the opposite is true,” he said.

BBC Not Accountable to Parliament

This media outlet was established based on a royal charter, and is known as a “public services” organization in Britain’s administrative establishment, so that it can be allegedly recognized as an independent and non-governmental institution. Since its establishment, a group of influential political and economic elite as well as loyal politicians have always been designated as members of its Board of Governors, Board of Trustees and Board of Directors for specific periods of time (the members have changed during different periods) at the suggestion of the government and ruling party and upon royal orders. They are tasked with designating the CEO (the most important executive official) of the BBC and making the policies of the broadcasting company, namely the sources of its finances.

According to Mirzaee, this structural features shows that the BBC is not answerable to Parliament as a democratic institution and only answers to the royal and ruling elite.

This media outlet heavily reflects the beliefs and interests of the ruling elite as well as powerful economic and political figures and strongly sidelines the beliefs and ideas of alternative and opposition groups.

According to BBC author Tom Mills, the media outlet has always served as a yes-man to those in power. This has always been true since 1926 when the broadcasting corporation was established and when workers staged a general strike in solidarity with the government and against protesters. One of the BBC’s main strategies has always been to silence the voices of those who are opposed to the current situation.

Mills says most of the BBC’s activities have, from the outset, been under the supervision of security services. Interesting enough, such security supervisions have, in most cases, been conducted at the request of the BBC itself. The screening and confirming the qualifications of the BBC’s personnel, even at the lowest levels, have also been carried out by security services, especially MI5. They did this secretly for 50 years until 1980 when British media disclosed the issue, leaving state officials and the BBC with no choice but to confirm it.

“In addition to Mills, many researchers, even in Britain, have written books and articles about the BBC and brought evidence, rejecting claims made by the media outlet’s executives and government officials that it is independent and not affiliated with the government and ruling elite,” said Mirzaee.

“Today, this issue has turned into an obvious issue and few experts and researchers believe or even speak of the BBC’s independence,” according to Mirzaee.

According to Mirzaee, some experts studying the reasons behind the interdependence between the BBC, the government and ruling elite in Britain speak of the common social backgrounds, values and interests of those who make up the country’s ruling elite.

He said surveys show the ruling elite in the UK are mostly comprised of white people who share a common background. They studied at recognized private schools, graduated from such universities as Oxford, Cambridge and the Russell Group (which represents 24 leading UK universities), and share similar ideologies, cultural values and economic interests.