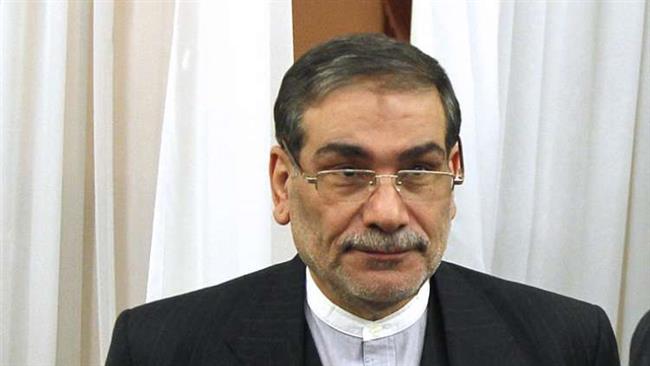 Secretary of Iran’s Supreme National Security Council Ali Shamkhani said on Tuesday that the policy of the Islamic Republic of Iran is to launch “open, transparent and inclusive talks” with Saudi Arabia.

Shamkhani made the remarks in a meeting with Iran’s envoy to the kingdom, Hossein Sadeghi.

The top Iranian official added that talks between the two regional powers could include all issues of mutual interest.

He said the current turbulent situation in the Muslim world necessitates a more “pragmatic contribution” by governments like Iran and Saudi Arabia.

Such contribution, Shamkhani said, must lead to an in-depth, serious and honest confrontation with extremism and terrorism which have manifested in Takfiri groups like ISIL.

Sadeghi, for his part, said misunderstandings between Iran and Saudi Arabia should be cleared and obstacles in the way of further cooperation between the two countries should be removed.

Countering the spread of terrorism and Islamophobia, and preventing Muslim countries’ resources from being wasted require convergence between Muslims, the Iranian envoy said.