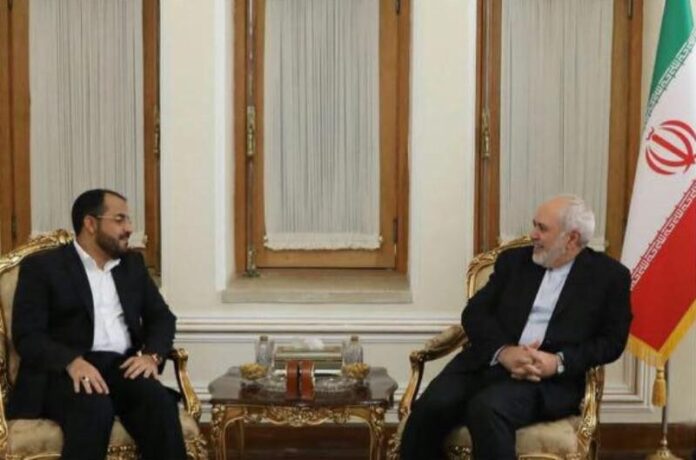 Iranian Foreign Minister Mohammad Javad Zarif has once again called for an immediate end to five years of Saudi aggression against Yemen, and the beginning of Yemeni-Yemeni talks in the war-torn state.

The Iranian top diplomat made the comments in a Saturday meeting with Spokesman for Yemen’s Ansarullah Movement Mohammed Abdul-Salam in Tehran.

In the meeting, Zarif expressed regret over the difficult conditions that ensue from the war and harsh siege imposed on Yemen for almost five years, and called for an end to slaughtering civilians and the removal of the siege on Yemen.

The Iranian top diplomat stressed that political solution is the only way out of the Yemen crisis, and underlined the Islamic Republic of Iran’s support for the establishment of ceasefire and intra-Yemeni dialogue.

Abdul-Salam, in turn, appreciated the Islamic Republic of Iran’s support for the Yemeni people, and presented a report on the latest situation of Yemen, the future prospect of resolving the crisis through political means, and the latest humanitarian situation in the war-torn state.

Saudi Arabia and a number of its regional allies launched the devastating campaign on March 26, 2015, with the aim of bringing a former government to power and crushing the Houthi Ansarullah movement. Riyadh has failed to fulfil its objectives.

In April 2015, Zarif submitted a four-point peace plan for Yemen to the United Nations in an attempt to end the bloodshed in the Arab country. The plan included an immediate ceasefire and the beginning of intra-Yemeni dialogue among the warring sides.

According to a new report by the Armed Conflict Location and Event Data Project (ACLED), a non-profit conflict-research organization, the Saudi-led war has so far claimed the lives of around 56,000 Yemenis.