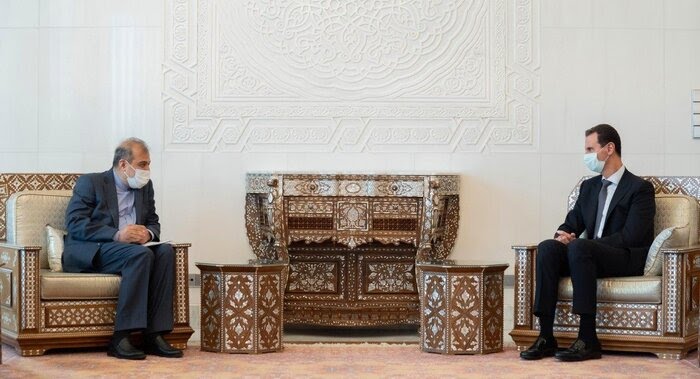 The Iranian Foreign Minister's Senior Advisor in Special Political Affairs Ali-Asghar Khaji, who is on a trip to Damascus heading a political delegation, has sat down for talks with Syrian President Bashar Assad.

In the meeting, the two sides exchanged views on bilateral ties as well as the latest political and field developments in Syria on both domestic and international fronts, including the humanitarian situation on the ground and the holding of a future meeting of state guarantors of the Astana talks.

During the discussions, Khaji said the top priority for Iran and Syria is to enhance mutual economic relations at this juncture given the cruel sanctions slapped on both countries by the United States.

He reiterated that Tehran will continue to support the Syrian government and people in their fight against terrorism.

He also stressed the need to press ahead with efforts to settle the political crisis in Syria as well as the necessity of holding the sixth meeting of the Syrian Constitutional Committee in Geneva.