Iran reaffirms support for Palestinian cause 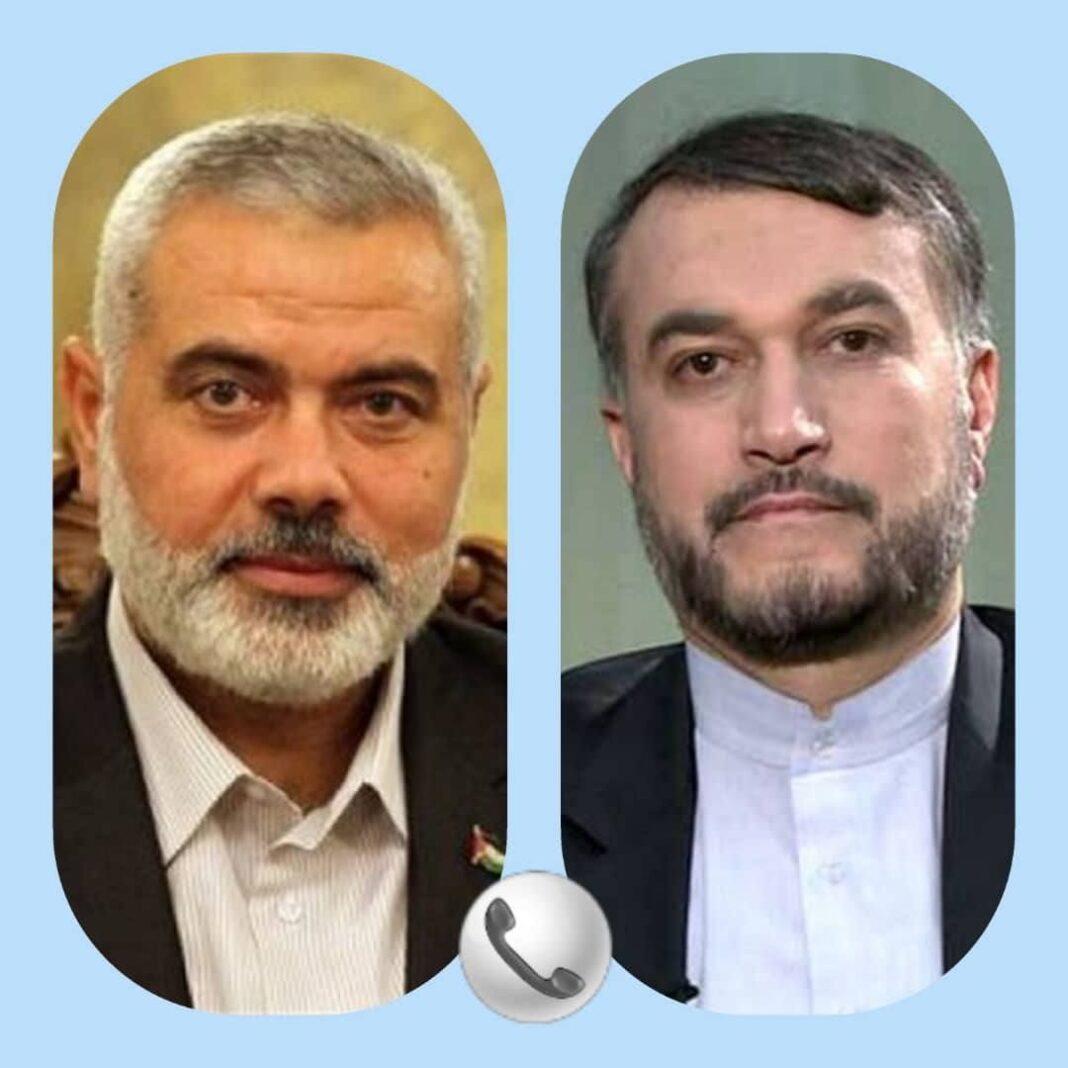 He was speaking during a telephone conversation with the chief of the Hamas political bureau Ismail Haniyeh on Tuesday evening.

He also congratulated Haniyeh on the founding anniversary of the movement.

The Iranian foreign minister described the Hamas resistance movement as a pioneer in the liberation of the holy city of Quds, saying, “Today, the resistance plays a pivotal role in realizing the historical rights of the Palestinian people”.

Amir Abdollahian referred to the British government’s recent move to blacklist Hamas as a terrorist group, describing the decision as politically-motivated and against the Palestinian people.

He added, “The fake Zionist regime is the mother of all calamities and the root-cause of problems in the region and, therefore, the few regional countries that moved toward normalizing ties with this fabricated regime are acting against the security and interests of the region and the Muslim ummah”.

The Hamas political bureau chief also thanked Amir Abdollahian for congratulating the anniversary of the movement’s establishment and hailed the noble personality of martyred General Qassem Soleimani. He said, “We remember General Soleimani with honor and we appreciate the Islamic Republic of Iran’s support for the Palestinian cause and resistance all through the years following the Islamic Revolution’s victory”.

Hanieyh also condemned the move by some regional countries to normalize ties with the Zionist regime, calling it an American-Zionist approach.

He said, “We did not like the doors of Arab countries to be opened to the Zionist murderers who have the blood of the Palestinian people on their hands”.

The head of Hamas’s political bureau said the Zionist regime’s infiltration into the region will cause insecurity and instability and poses a threat to the Palestinian cause and the whole Islamic ummah.