Iran Ready to Work with Europe in Anti-Narcotics Operations 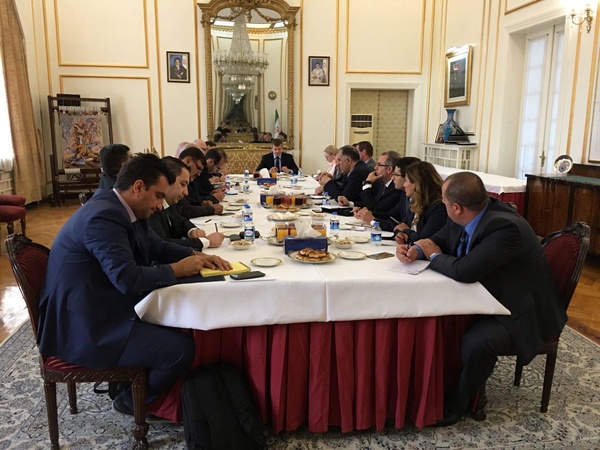 Head of Iran’s Drug Enforcement Police has called for further expansion of cooperation between Iran and the European countries in fight against drug smugglers.

Brigadier General Mohammad Masoud Zahedian highlighted the need for technical, operational, and intelligence cooperation between Iran and its European counterparts in fight against drug trafficking, according to a Farsi report by ISNA.

Zahedian who was leading a high-ranking delegation in a visit to Turkey’s capital, Ankara, at the invitation of his Turkish counterpart, held talks with his counterparts from Turkey and many other Europe and Balkan region.

During the talks, the Iranian official said Iran’s fight against narcotics is based on national will as well as religious beliefs and added at least 3,700 Iranian police forces have been killed and over 12,000 others wounded in operations against drug smugglers.

He highlighted the key role that Iran is playing in the fight against narcotics in the region and voiced his country’s readiness to promote relations with countries from Europe and Balkan region in eradication of narcotics across the world.

“The Islamic Republic of Iran is ready to host the upcoming forum of heads of anti-narcotics police from Europe and Balkan region,” he noted.

Elsewhere in the meeting, Colonel Barani, the representative of Iran’s drug enforcement in Ankara, read out a report on the technical measures that the Iranian anti-Narcotics police have adopted and said to launch a serious operation against drug traffickers, there should be comprehensive cooperation between different regional and international countries.