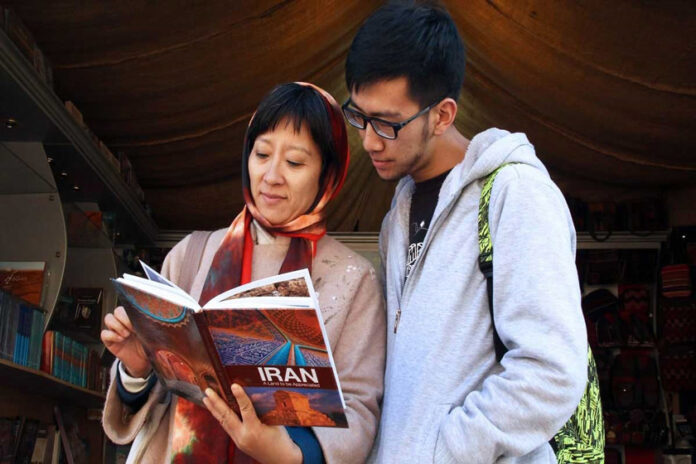 A senior Iranian official says the country is prepared to host some three million Chinese tourists.

“After the lifting of visa requirements, the number of Chinese tourists to Iran has risen, but that number is still low. With the good potential that we have in Iran, we can increase from 70,000 to 2 to 3 million the number of Chinese tourists visiting Iran’s historical and cultural attractions,” said Ali-Asghar Mounesan in a meeting with Chinese Ambassador to Tehran Chang Hua.

“I know that you have many problems due to sanctions, but it is easier to conduct activities in Iran’s cultural sector rather than other sectors,” said the Iranian minister.

“Over the past month, we have invited influencers from China and Hong Kong to travel to Iran to visit our cultural and historical attractions. Fortunately, they sent good messages after this trip,” added Mounesan.

He also expressed Iran’s willingness to attend an upcoming ministerial meeting of the Ancient Civilizations Forum in Beijing.

“We will take part in this conference with a large delegation comprising the private sector and authorities from the tourism sector, and we would like to have the opportunity to sit down with Chinese tourism officials and sign an executive program drawn up under the memorandum of understanding,” he said.

“Tourism has the fewest problems with sanctions and can boost the two nations’ understanding of one another and bring them closer together,” said the Iranian minister.

“We have good political and economic relations, but the two nations do not know each other very well. This is while Iran and China both enjoy age-old civilizations,” he noted.

The Chinese diplomat, in turn, said the number of Chinese tourists visiting Iran has increased, expressing hope mutual cooperation will increase in the tourism sector.