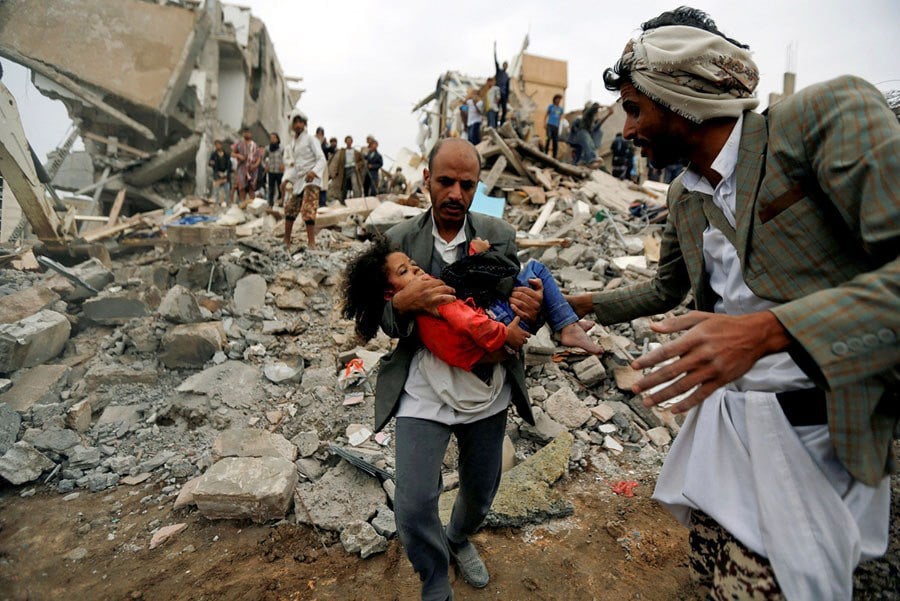 Iran’s Foreign Ministry has expressed the Islamic Republic’s preparedness to help settle the Yemeni conflict in a statement published on the occasion of the fourth anniversary of the Saudi invasion of the impoverished Arab country.

“At the beginning of the fourth year of the devastating war on Yemen and the military aggression of the Saudi-led coalition against the county and the cruel blockade imposed on the Yemeni people, Iran’s Foreign Ministry condemns the military assault and calls for an immediate end to the attacks, bloodshed and siege,” read the statement released on Sunday.

Iran’s foreign policy apparatus sees the grave humanitarian situation in Yemen “very sad” and believes the war has brought nothing but instability and insecurity, tens of thousands of dead and injured, the destruction of health and civil infrastructure, over one million Yemenis catching cholera and an increase in terrorist and Takfiri activities, the statement added.

“The aggressors have achieved no goal but destroying Yemen and causing humanitarian catastrophes,” it said.

The foreign ministry lamented that the coalition is using hunger as leverage to place pressure on the Yemeni people, in a totally inhumane move that is against international humanitarian law.

“According to confessions of international bodies, the continuation of the air, sea and land blockade of Yemen has created the worst humanitarian situation in the country and put over 20 million on the verge of famine and starvation.”

Pointing to the appointment of a new United Nations Special Envoy for Yemen, the Iranian foreign ministry said Iran believes UN representatives could help pave the way to settlement of the terrible crisis by adopting an unbiased approach.

“The Islamic Republic is fully ready to help the warring sides to achieve ceasefire and start Yemeni-Yemeni talks to find a political solution to the conflict,” it said.

The Iranian foreign ministry said the US and some European countries ought to stop supporting the aggressors and providing them with weapons and fighter jets and take serious measures to bring an end to the war and constant war crimes in the country.

Pointing to Iran’s four-point peace plan for Yemen, the ministry said it believes the conflict has only political solutions and it would have no military victor.

“Hence, the Islamic Republic of Iran asks the global community to increase international pressure to end the attacks and blockade of Yemen,” it added.