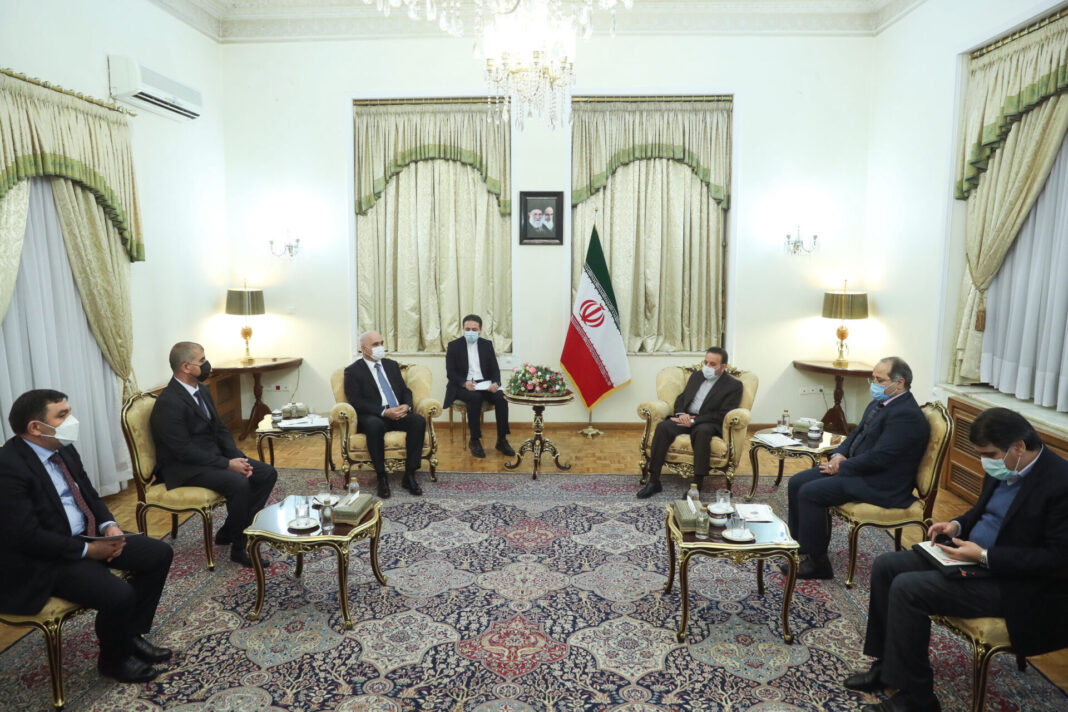 Iran has expressed its readiness to contribute to a permanent and definitive settlement of the Nagorno-Karabakh conflict.

Mahmoud Vaezi, the chief of staff of Iran’s Presidential Office, made the comment in a meeting with visiting Azerbaijani Deputy Prime Minister Shahin Mustafayev Abdulla oglu.

Vaezi said he was pleased to see the military conflict between the Azerbaijan Republic and Armenia has come to an end.

“Iran has always believed that differences between countries, especially neighbours, should be resolved through negotiations, and that war is, by no means, a replacement for political solutions,” he said.

“As the Azerbaijani president has stressed, Iran regards its borders with that country as a border of peace and friendship. Iran has always respected the territorial integrity of all countries and has asked other countries, too, to respect one another’s territorial integrity,” the Iranian official noted.

“Iran believes and has repeatedly emphasized that governments and neighbours should not allow foreign powers to meddle in their relations, and so far we have seen that foreign interference has only fueled differences and conflicts between neighbours and jeopardized peace and stability in the region,” Vaezi said.

“Any move or action which would result in misunderstanding and set the stage for straining relations with others should be avoided,” the Iranian official underlined.

He said officials of both countries are set to forge closer ties, which could expedite the implementation of joint ventures and further enhancement of economic cooperation as well.

The Azerbaijani official, in turn, conveyed warm greetings by his country’s president Ilham Aliyev for his Iranian counterpart Hassan Rouhani.

He said Aliyev always regards borders between the two countries as serving peace and friendship.

The Azerbaijani official expressed gratitude to Iran for helping settle the Nagorno-Karabakh conflict and supporting his country’s territorial integrity.

He added Baku regards its relations with Tehran as “strategic.”
Meanwhile, Vaezi told reporters after the meeting that new conditions have emerged in the region following the end of the military conflict between the Azerbaijan Republic and Armenia, “so it was necessary to have a meeting and discuss issues of mutual interest.”

He echoed remarks by the Azerbaijani president who had described borders between the two countries as frontiers for peace and friendship.

During his meeting with the Azerbaijani deputy prime minister, Vaezi further told reporters, the two sides agreed to hold a meeting of the Iran-Azerbaijan Joint Economic Cooperation Commission and speed up the implementation of joint projects on the construction of railways, dams and power stations.