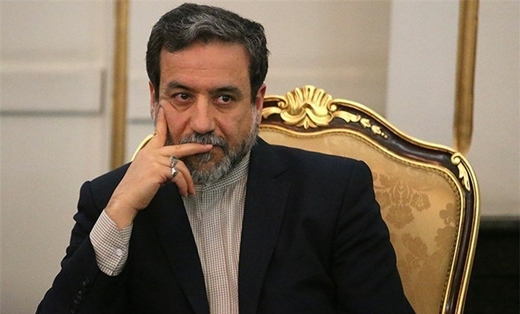 Tehran is ready to cooperate with the IAEA to make it clear that the existing allegations and the files against Iran are bogus, said Araghchi.

“We are ready to cooperate with the agency (IAEA) on PMD and to speed up such cooperation in order to reach a clear conclusion in this regard, so that the falsehood of all those claims will be proven,” Araghchi told reporters in Vienna on Friday.

He described the allegations of PMD in Iran’s nuclear activities as an “old and chronic discussion” that dates back to years ago.

“At that time, allegations were made against Iran’s nuclear program that became the basis of pressures and sanctions,” Araghchi explained.

His comments came after IAEA Director General Yukiya Amano paid a visit to Iran on Thursday.

Araghchi hailed Amano’s visit as “good and fruitful,” saying reports he has received from Tehran and those by Amano’s colleagues suggest that the trip was successful and a step forward.

“There is now a good opportunity to settle these issues (like PMD) and the questions and the claims that had been made about the past in a calmer atmosphere,” the Iranian diplomat said.

“We are also prepared to cooperate with Mr. Amano to make it clear that the existing allegations and the files against the Islamic Republic of Iran are bogus and to demonstrate the white record of Iran’s nuclear program,” he stressed.

In the meeting with the president, Amano appreciated Iran’s cooperation with the IAEA, saying the previous inspections have all confirmed that Iran has always honored its commitments and there has been no deviation towards military purposes in its nuclear activities.