Iran ready to send arms to Iraq in battle against terror 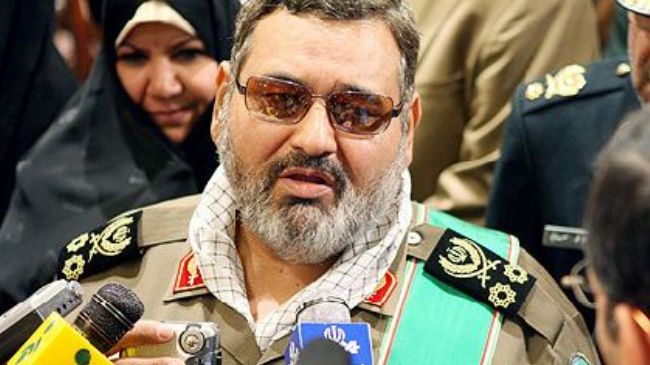 The Chief of Staff of the Iranian Armed Forces says Iran is ready to send weapons and [military] equipment to Iraq through legal channels in case Baghdad asks for that.

A high-ranking Iranian military commander says the Islamic Republic is ready to legally provide military equipment to Iraq to help Baghdad in its fight against terrorism.

“We are ready, if requested by the Iraqi government, to send weapons and [military] equipment to Iraq through legal channels,” Iranian Armed Forces’ Chief of Staff Major General Hassan Firouzabadi told reporters on Saturday.

He added that Tehran provided military advice to Baghdad, noting that Iraq’s security is intertwined with that of Iran.

The top commander said Iran also lent support to Iraq’s Kurdistan Regional Government (KRG) with the approval of the Iraqi central government to support Kurds’ fight against the ISIL militants.

The Iraqi army has so far made gains in the fight against the ISIL militants, pledging to continue the battle against the extremist violent group.

The extremist group has threatened all communities, including Shiites, Sunnis, Kurds and Christians during its advances in the violence-torn Arab state.